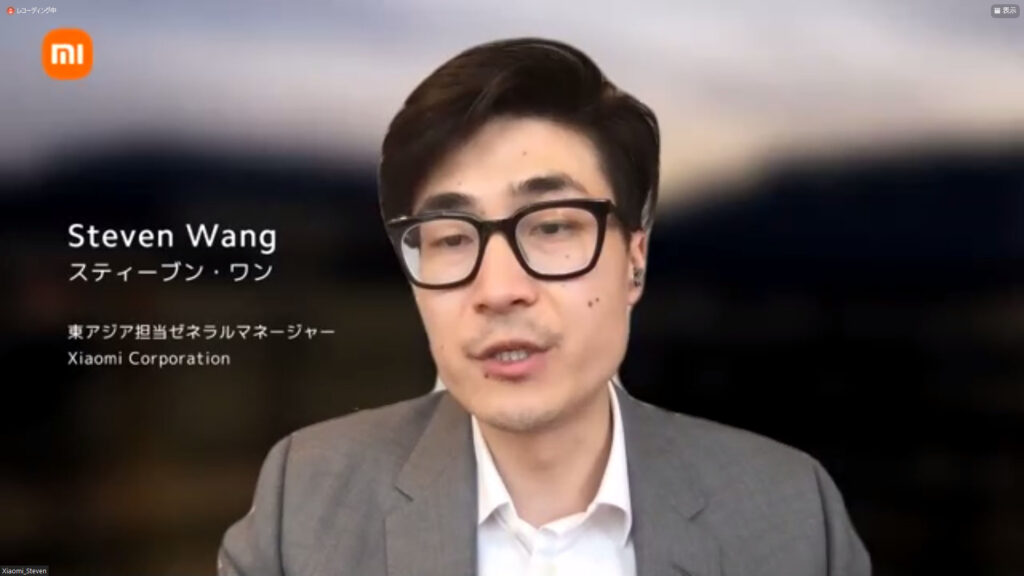 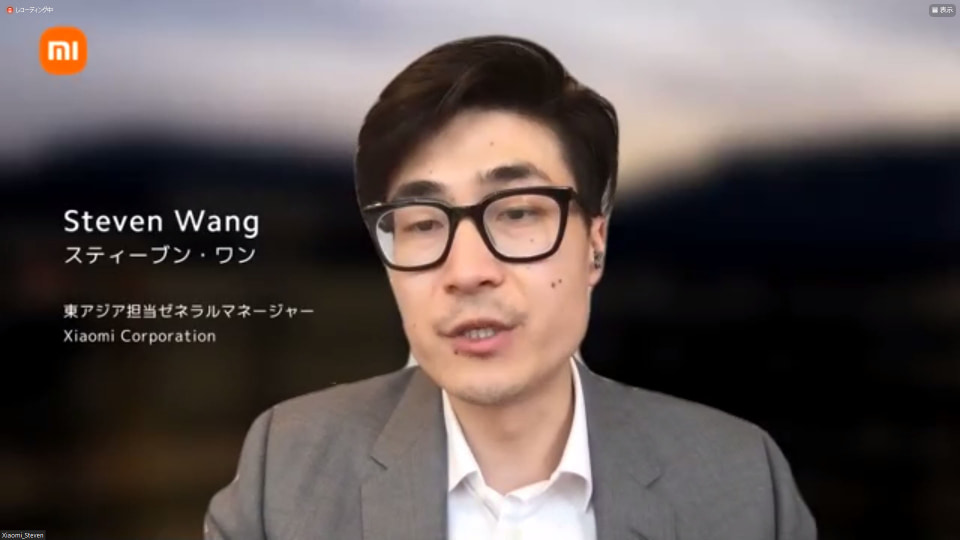 Xiaomi officially announced on June 23 that it will develop the global brand “POCO” in Japan. At the same time, the high-end model smartphone “POCO F4 GT” was announced and released.

What is the difference between the Xiaomi brand and the POCO brand so far? According to Steve Wang, general manager of East Asia, Xiaomi has different “targets” and “marketing policies.”

What are you aiming for with the POCO brand?

Mr. Stephen says that the “POCO” brand will be developed independently of Xiaomi.

The target user base is “technology enthusiasts,” and it is said that it will provide high-performance products with aggressive designs and functions.

Regarding the background of the birth of the POCO brand, Mr. Stephen explained, “Xiaomi has been paying attention to’mainstream users’ in the history of more than 10 years.” In other words, with a big brand called Xiaomi, we aim to be something that everyone will receive.

For this reason, the POCO brand plans to build a “new business model with flexibility and innovation by utilizing Xiaomi’s experience and knowledge.”

Background of the POCO brand landing in Japan

Regarding the reasons for expanding the global POCO brand in Japan this time, Mr. Stephen cited “users who have purchased POCO products so far”, “SNS activity” and “government measures”.

10% of cross-border purchasers are Japanese users

About 10% of the purchasers of POCO products that are being developed globally on cross-border e-commerce sites are Japanese users. Also, at POCO’s previous online presentations, many Japanese users are watching on Twitter, and Japanese users are also actively interacting with each other, so Steven analyzed that “there are core Japanese fans.” ing.

Stephen also cites “Government of Japan policy” as the reason for expanding into Japan.

With the help of the government, NTT DoCoMo, KDDI, and Softbank have each released online-only plans (ahamo, povo, LINEMO). These price changes can have the effect of making users more price-sensitive.

He also pointed out that the price of smartphones is rising overall due to the effects of exchange rates.

Aim to expand by word of mouth only for online sales

On the other hand, it will use things that can be shared, such as the know-how and assets that Xiaomi has built in Japan, such as the supply network.

In addition, as an efficient operation model, the company plans to “only sell online” for terminal provision and “expand its name by word-of-mouth evaluation without advertising” for market marketing activities. Stephen commented that this “reduces prices to the limit.”

In addition, it also revealed that it will introduce one flagship model a year. A model that aims to provide products with the highest specifications and the highest performance at half the price of competitors, Steven calls this a “flagship killer model” and “a flagship model that can be bought for less than 100,000 yen” I wanted to offer a new option.

From here, we will introduce the main questions and answers during the press conference. The respondents were Steve Wang, General Manager for East Asia, and Akihiko Adachi, General Manager of Product Planning Department.

――I would like to know the background of introducing POCO in Japan this time. Why is this timing?

Stephen
I was thinking about expanding into Japan eventually, but I decided that it was the best time.

We were ready (for expansion in Japan) in-house, and we had some work to do so, so I thought we could expand our products to the Japanese market. The global price + 10% consumption tax will be the selling price in Japan as it is. We have guaranteed that we can provide high quality products at a very reasonable price, so we have officially launched this time.

I don’t think that POCO’s products will be bought by a large number of users, but I think that some users with such needs will receive them.

At the same time, independent brands can be very helpful in finding new business models. I think it makes a lot of sense from a business perspective because it is flexible and can respond to various changes.

Believing that we can create new value from both the user’s perspective and the business perspective, we decided to expand to Japan this time.

――Are there any features customized for the Japanese market?

Mr. Adachi
We will provide it in Japan without changing the basic specifications from those that are deployed globally. We do not introduce FeliCa or waterproof and dustproof levels (“POCO F4 GT” supports IP5X and IPX3 equivalents) that are expected by our customers.

However, we have obtained certifications such as frequency support and technical suitability for use in Japan, and we have included outlet plugs that can be used in Japan from the beginning.

――Is there any change in the supported frequencies from the global model?

In addition, regarding confirmation of support for 4 domestic carriers, we are confirming the network based on our experience.

――POCO has a wide range of product lineups, but why are you developing high-end models this time? Will other models be rolled out in Japan?

Stephen
This is because the flagship model F series is the product that can most represent the POCO brand.

POCO is a brand launched for tech enthusiasts. In addition to being a target group interested in higher-end models, the pricing is extremely competitive.

Also, looking at the market, almost all products are rising in price. Among them, I thought that it would be good for everyone if Xiaomi could make a good product at a very reasonable and reasonable price.

In the future, I would like to decide the roadmap for POCO in the future while watching the reaction of users.

――Please tell me the useful functions in gameplay.

Mr. Adachi
An easy-to-understand function is the pop-up trigger.

In addition, it has a Wi-Fi function that maintains the signal strength even during game play (the arrangement of the antenna etc. is optimized), and the microphone is not closed (so that it is not blocked by the user’s hand). I think that it is a function suitable for game play, such as the fact that the cable is L-shaped so that it does not interfere with the operation.

I would like to communicate with the position that it can perform at its best as a flagship device, without emphasizing it as a terminal specialized for gameplay.

As a use case for high-end terminals, I think that many people are familiar with games that use graphic performance, so we hope that you can experience higher performance performance with the game function.

――Why are the sales channels divided by model this time?

Stephen
At POCO, we are looking for a unique business model. In order to set aggressive prices and provide the best cost-effective products, we decided to offer them in separate sales channels.

This sales method will be decided as a result of business negotiations with Amazon.co.jp and Rakuten Ichiba, so we will refrain from disclosing the details.

――Why sell products with similar specifications (such as using the same chipset) under different brands?

Stephen
Since the product positions are different, the brands are separated.

POCO is a product with a complete performance focus.

It will be a brand to introduce products with optimal cost performance by removing too luxurious functions.