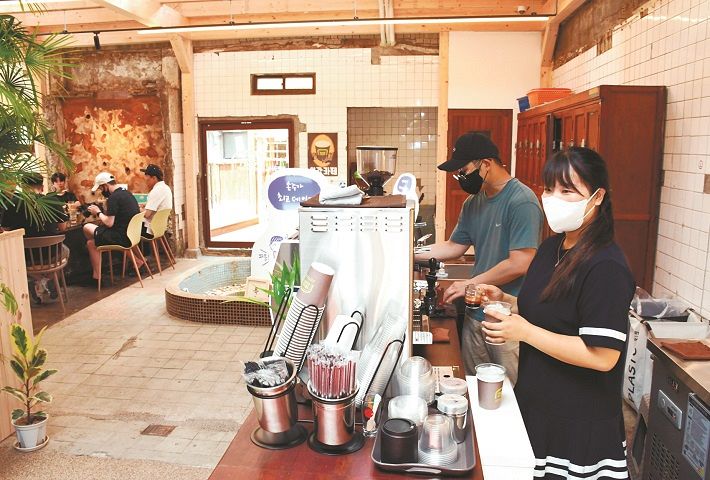 Southeastern South KoreaCity fishing villageSo, the cafe “1925 Amaura” run by young people, which was renovated from a public bath built during the Japanese colonial era about 100 years ago, is popular. The colonial buildings, which are often regarded as “negative heritage” in South Korea, have long been used by local residents. The idea of ​​preserving it as a memory of the area and making use of it in town planning is born. (At Amaura, Daisuke Kinoshita, photo)

If you go deeper from the entrance where the hot spring mark is engraved, you will see a small bathtub and undressing lockers. A space of about 140 square meters with old-fashioned wooden beams and tiled walls and a brand new roof. The old and new atmospheres were mixed, and the visitors were taking pictures in a strange way. 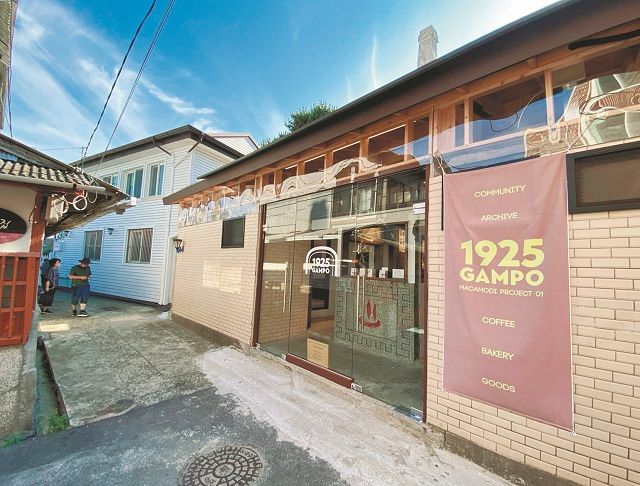 The name of the store is named after the opening of Amaura in 1925 (Taisho 14). It is believed that the public bath was also built around that time. After the end of the war, which was withdrawn by the Japanese owner, the local Koreans took over. After closing its business as a public bath about 30 years ago, the building was closed without being used.

Many Japanese houses, including public baths, remain in Amaura, a fishing village far from the city.Former nursery school director who was looking for ways to utilize the history of the areaMs. (65) meets a youth group “Makamodi” aiming to revitalize Gyeongju and mediates with the owner of a public bath. The young people revived as a cafe where people gathered and made a business plan to run by themselves. It opened in November last year with subsidies from the city and others for the renovation costs.

Makamodi is a local dialect meaning “everyone get together”. Members in their twenties and thirties send out videos and exchange sites (SNS) to help attract customers.


At first, some residents had a negative opinion that it was better to rebuild it, but when they saw many people visiting the historic building, it changed favorably. Work as a clerk from MayMr. (31) said, “There will be a dialogue between the residents who have memories of bathing here in the past and the visitors of the cafe. In the metropolitan area, old buildings are being destroyed more and more, but this is a place to save the area.” Talk about the response. 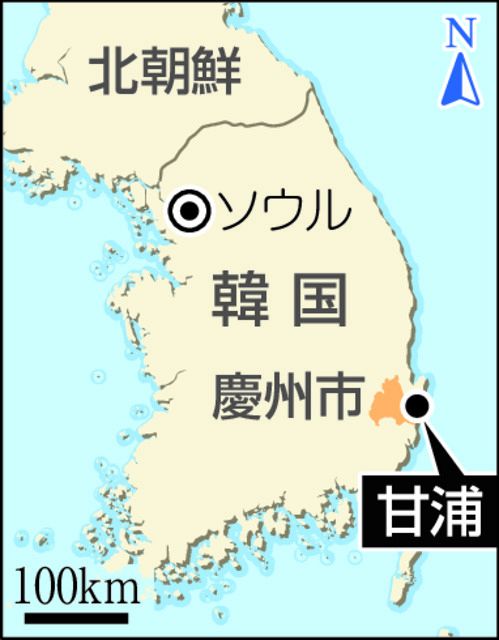 Park is in the suburbs of SeoulAlthough he changed jobs such as welfare and construction workers in the city, he could not find a place to stay and moved to Amaura after learning about the existence of Makamodi. “I like the scenery of the beach and my outlook on life has changed.” In South Korea, there is a marked tendency for young people in rural areas to head to the metropolitan area due to the wide wage gap.Makamodi co-representativeMina (40) says, “I want to provide young people with different values ​​and opportunities from those in the metropolitan area so that they can work in rural areas.”

Another Japanese house that remains in the town is also used by young people working to revitalize Amaura for meetings and sleeping. Mr. Xu, who acted as an intermediary, hopes that “it is a treasure of the region that such an old building full of stories remains. It should be provided to young people and become a place where the past and the future meet.”