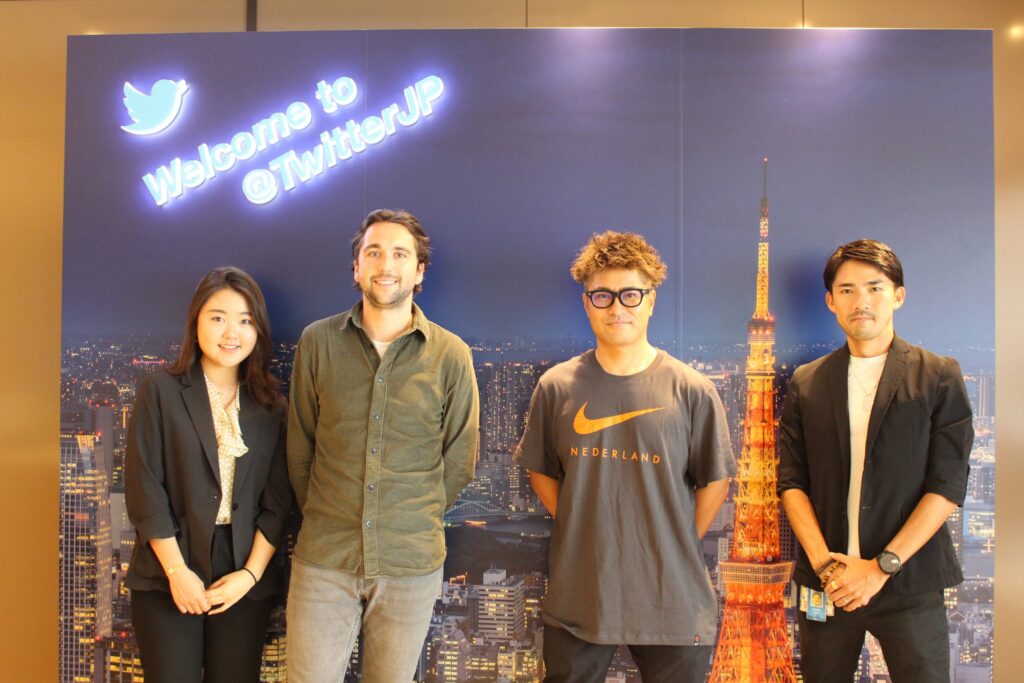 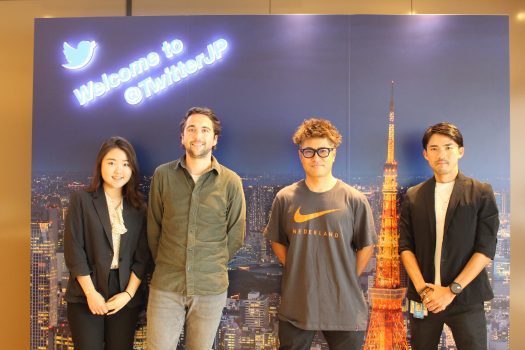 Social database, a Dutch-born technology company, has made a foray into Japan with a targeting optimization product specializing in Twitter advertising. After getting the approval of Twitter, Legoliss, a subsidiary of Mitsui & Co., will serve as the contact point. Why is it limited to Twitter ads? How was this active system built? All three companies answered various questions.
(Sponsored By Legoliss)

* To apply for the launch commemorative eventHere

OKJ: Junichi Okamoto, who is in charge of expanding and maintaining the ecosystem through our advertising API as the Head of Partnerships Ads API in Japan and the Asia-Pacific region at Twitter. He works in an office in Singapore and is usually called “OKJ” for short of his name because it is difficult for non-Japanese colleagues to pronounce the name “Junichi”.

Duco: I’m Duco Janssen from Social database, headquartered in Amsterdam, the Netherlands. He has been the Chief Operating Officer (COO) for about nine years since joining Socialdatabase, which developed the technology that enables efficient targeting on Twitter ads.

Yuri: I’m Yuri Ueda, also a Business Development Manager at Social database. She moved to the Netherlands about a year ago and joined the company around the time when we started to make a full-scale entry into the Japanese market. She is currently in charge of business development and sales in Japan and the Asia Pacific region, in close collaboration with Twitter and its partners.

―Please tell us about the main features of Twitter advertising. 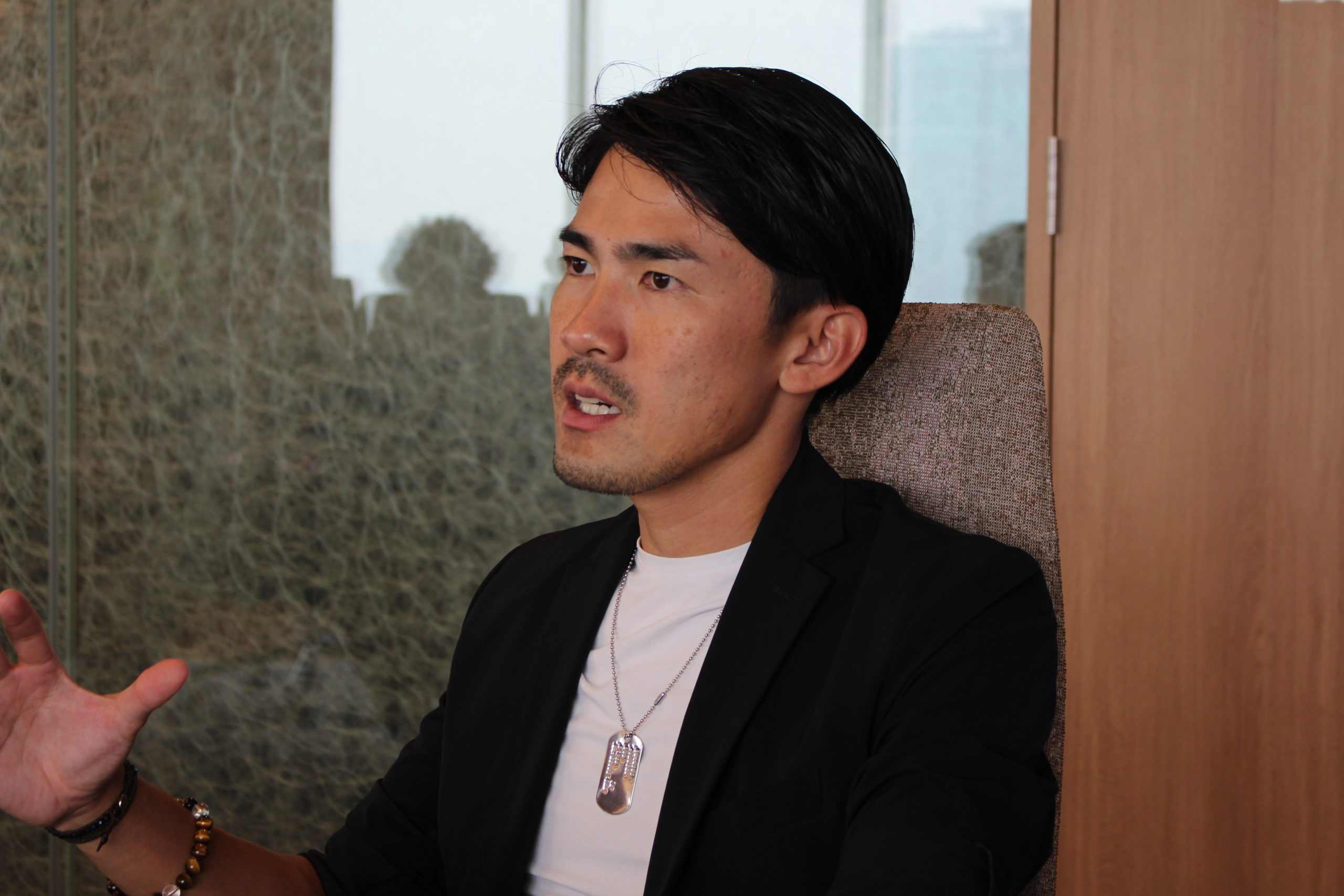 In contrast to other major platforms selling demographic information, such as “women in their twenties,” Twitter has strengths in interest and community-based targeting.

Mr. Duco: From the perspective of partner companies, I feel that Twitter is unique in that it publishes data widely to advertising professionals and partner companies. Compared to other major platforms, I have the impression that the data acquisition environment through API is properly maintained. As a result, it is important to be able to handle audience data while fully protecting the privacy of users.

Yuri: No matter how niche the field is, a community is formed on Twitter. I think it’s a platform where you can meet users with all kinds of interests.

-Social database provides “Super Audiences” with targeting optimization function specialized for Twitter ads. Why did you pay attention to Twitter?

Duco: In addition to getting information, Twitter is used for a variety of purposes, such as building personal connections at work or communicating with communities that share a common hobby.WhenIt has the characteristics of. In other words, Twitter has a unique online behavior pattern, and I thought that if we properly analyze those behaviors, we could build precise audience data. 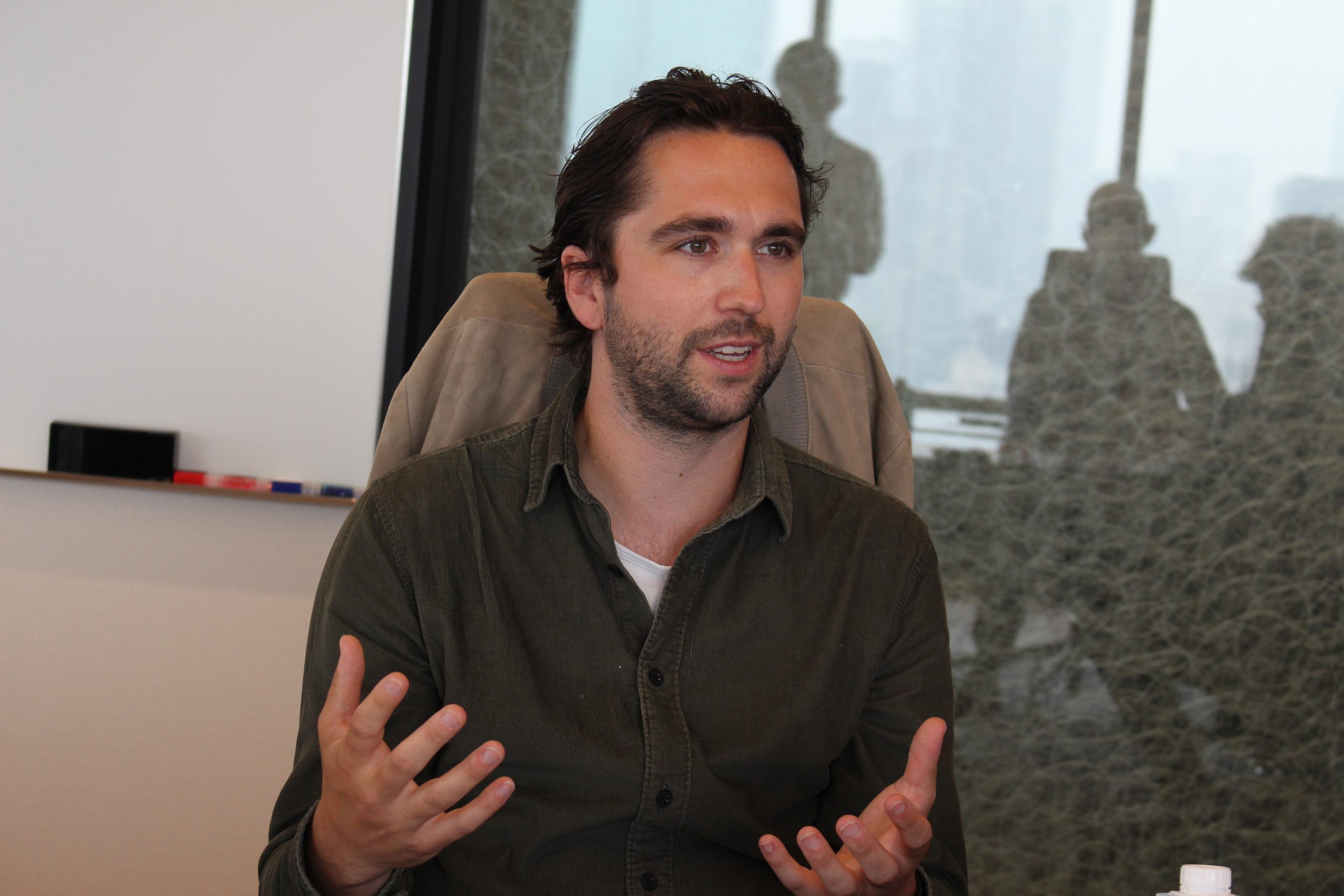 Since I was a student, current CEO Thomas Slabbers has been paying attention to the infinite possibilities of this Twitter data. His research paper led to the founding of our company, and we have been analyzing Twitter data for more than 10 years.

What are Twitter’s targeting challenges?

-How does Super Audiences build your own audience data?

Mr. Duco: We have omnidirectional acquisition of first-party data on Twitter with DAU 229 million (announced in the January-March period of 2022) and over 23 trillion data points. Then, based on engagement such as tweets and retweets and connections such as followers and followers, it is a mechanism to find out the correlation of each user by machine learning.

Mr. Duco: We are collecting first-party data of users on Twitter of DAU 229 million (announced in the January-March period of 2022) in all directions. Then, based on engagement such as tweets and retweets and connections such as followers and followers, it is a mechanism to find out the correlation of each user by machine learning.

-What kind of information is “first party data on Twitter”?

OKJ: The company uses data that can be obtained from the Twitter API, and based on this, interests are analyzed. The simplest example is to presume that you like baseball because you tweeted that “Shohei Ohtani hit a home run”, such as e-mail addresses and other personally identifiable information. We do not deal with privacy-related information such as what kind of website you are referring to.

Duco: Again, we only use Twitter’s open data. Since we do not refer to any data such as cookies and IDFA, we are not affected by the usage restrictions that have become a hot topic these days.

-Twitter also offers its own targeting function, isn’t it?

OKJ: Twitter also provides unique functions such as interests and keyword targeting, and realizes advertisement distribution based on conversations and user follow-up tendencies, but trends, conversations, and newly formed communities that change every day. There are some places where we cannot handle all of them. It is very encouraging that partner companies like Socialdatabase provide detailed data.

Follower targeting for followers of the specific accounts mentioned above and users close to them, but at Social database, it is multifaceted to what other followers each follower is following or what tweets they have tweeted in the past. To analyze.

Duco: There are a huge number of users on Twitter, and while targeting based on seasonal topics is very effective, for example, targeting based on job title requires a little ingenuity. For example, targeting “Chief Financial Officers” across the country does not mean that all Chief Financial Officers have stated that in their profile section on Twitter. Therefore, it becomes necessary to analyze information about engagements such as tweets and likes and connections with other users such as followers.

Kenny: Twitter’s unique targeting is linear, and Super Audiences can be described as complex.

Why did you enter Japan?

-Please tell us how you came to enter the Japanese market.

Duco: Social database first started trial service in the Netherlands, our home country. As you know, the Netherlands is a small country with a population of just under 18 million. As soon as the service got off to a good start, it expanded into other European regions and the Middle East. And we have been studying our products in preparation for entering Japan, which is the second market of Twitter. We have also started analyzing user information in the Japanese market 10 years ago.

However, there was concern that entering the Japanese market, which has a completely different language and culture, would not be straightforward. When I was worried about that point, Twitter, who had already signed a partner contract on a global scale, introduced me to Legoliss, and I was fully prepared to expand into Japan. In addition, I think we were able to build a perfect system by forming a team specializing in the Japanese market, including Mr. Yuri.

-Please tell us about the commercial distribution and the division of roles of each company in this alliance.

Mr. Kenny: Advertisers and advertising agencies are required to pay the advertisement placement fee to Twitter, and the data usage fee to Social database through Legoliss. Since it is necessary to push a bespoke audience to the Twitter management screen according to the advertiser’s request, Legoliss will be the contact point for a series of operational support and data connection work, and we will proceed in cooperation with Social database. I will come.

-Are there any issues specific to the Japanese market?

Mr. OKJ: I think the content of profile information or how to use Twitter is different compared to other countries. In Japan, there are many people who do not use their real names for their handle names, but also use icons and recommended characters for their profile images. On the other hand, in English-speaking countries, like Facebook, not only the real name but also the place of employment and job title are often disclosed.

Mr. Duco: However, what is common to all countries is that if you are a manager, you will take action on the information necessary for management and follow each other. Besides profile information, there are many things that can be inferred from user behavior such as tweets and likes.

Reduce the burden on advertising agencies

-What kind of advertisers do you think can make effective use of Twitter’s targeting optimization function?

Mr. Kenny: Not limited to Twitter, it is an issue for digital marketing in Japan in general, but the targeting function for job titles and job titles required for BtoB marketing is very poor. At the moment, I think there are only effective means such as LinkedIn and taxi signage. As Mr. Janssen has already illustrated, with SuperAudiences, it is possible to perform precise targeting based on job title and job title on Twitter, so it will be effective for BtoB marketing.

Even for BtoC products, we can meet the demands of advertisers who want to dig deeper into Twitter users. For example, if you are a consumer goods manufacturer, even if you are the same “housewife,” the content you want to convey should be different between a couple without children and a couple with many children. Super Audiences can distinguish between the two.

In addition, Super Audiences can extract a list of handle names and keywords that can be used for targeting in regular Twitter ads, in addition to a dedicated audience segment. 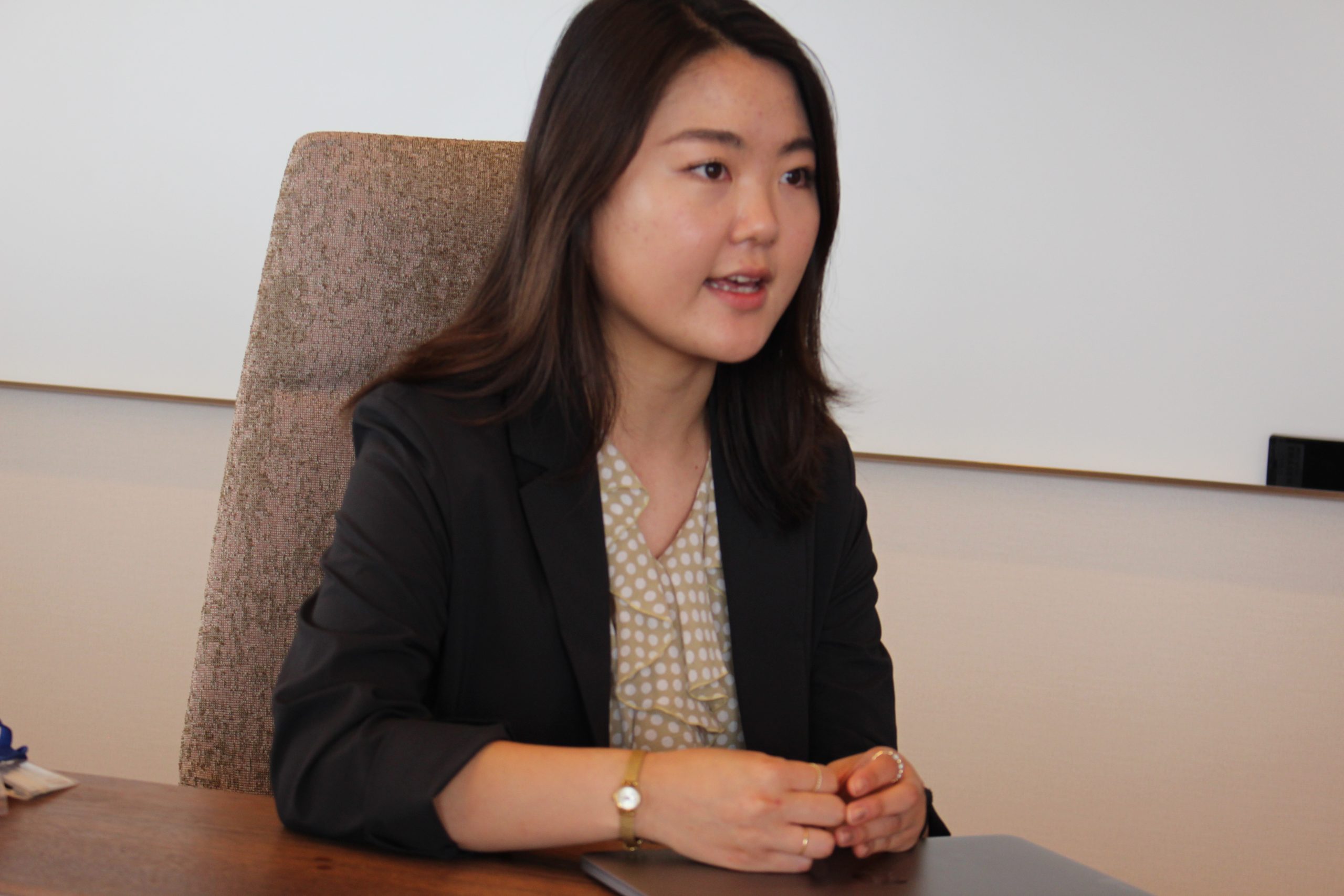 OKJ: It’s true that many advertising agencies are worried about targeting choices when implementing new campaigns, and I think that is even a challenge in promoting digital marketing. Barriers to entry should be much lower if a well-supported list is available in advance.

Kenny: In addition, the ability to expand your audience is another strength of Super Audiences. I think every advertiser and advertising agency has a clear target, but advertising also requires volume. I find the audience extensions quite useful. These features have been highly evaluated, and the continuous posting rate using Super Audiences is as high as 70%. 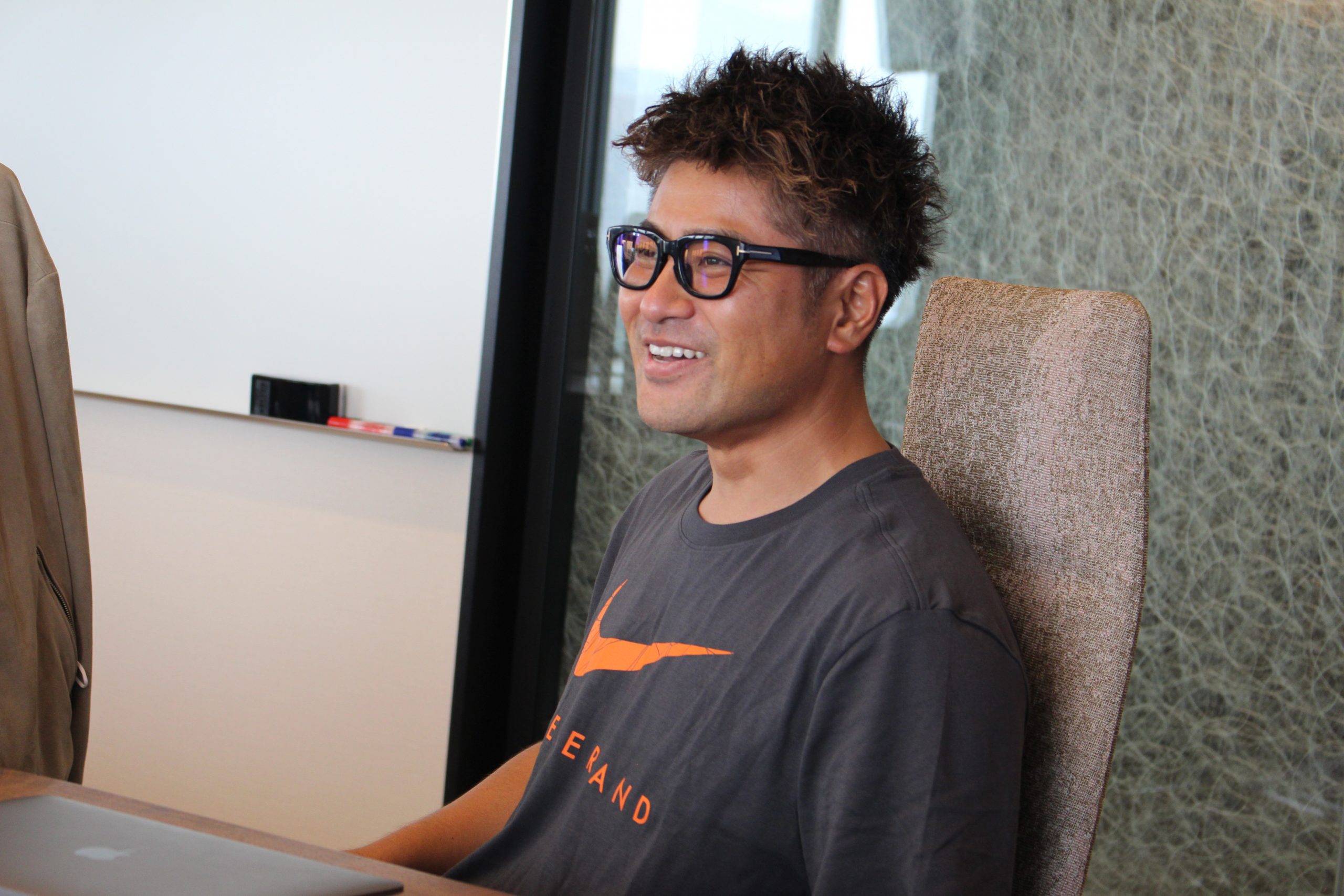 -Please tell us your business goals.

Mr. Kenny: I would like about 10% of advertisers who use Twitter ads to use Super Audiences. It’s very encouraging to see Twitter’s customer support staff working together to spread the word, and we’ll be able to reach this goal soon. I would like to create many successful cases in the Japanese market and eventually expand to other Asia-Pacific regions such as Southeast Asia and Australia. 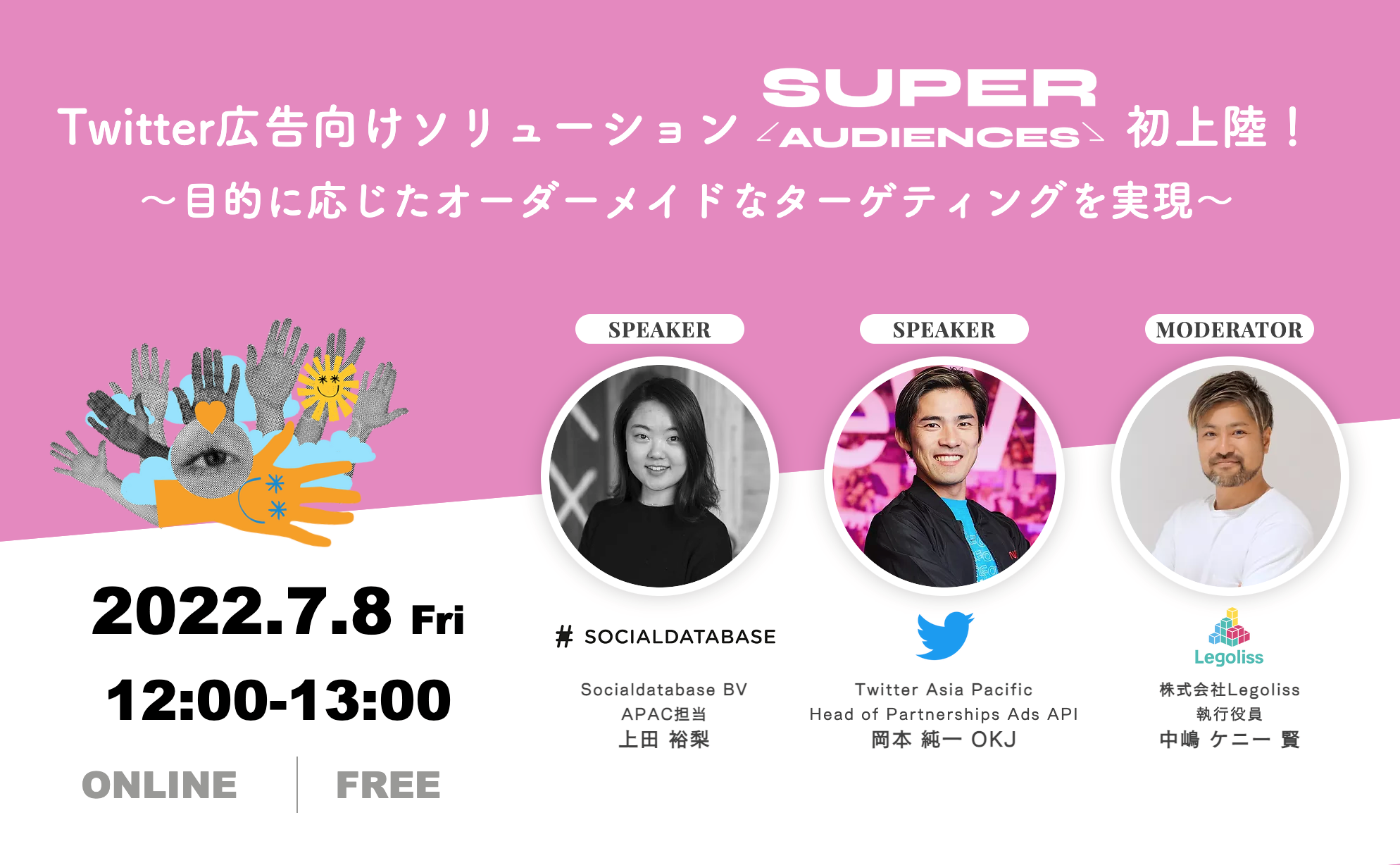 First landing of “SuperAudiences”, a solution for Twitter ads!

~ Achieve custom-made targeting according to purpose ~

I am Direct Provider's Mandate of BG & SBLC Lease 100% protected