Angle: Inflationary pressure on the taste of the common people, the world economy reflected by kakiage soba | Reuters 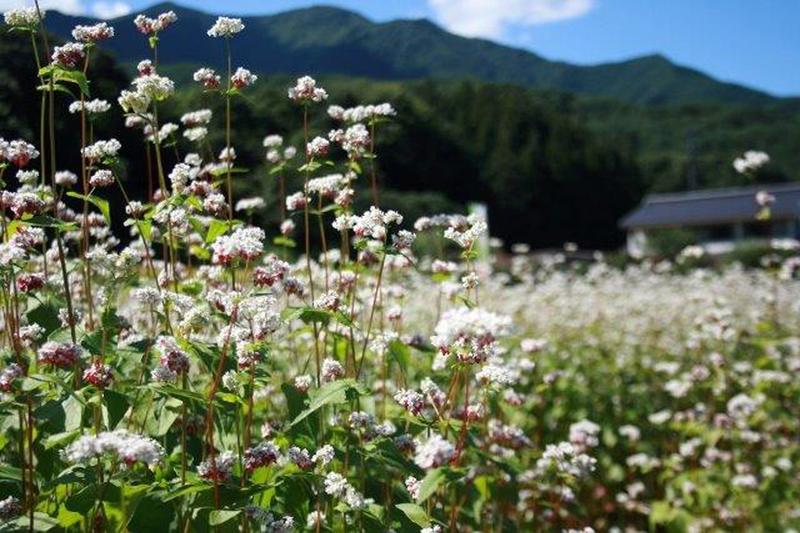 [Tokyo 28th, Reuters]–Soba that represents Japan’s food culture, especially tachigui soba, which sells cheaply, depends on imports for most of its raw materials, and its cup condenses the current state of the world economy facing inflation. .. While some chain stores have already decided to raise prices, factors such as “Russia” and “weak yen” have been added, and there is further pressure to raise costs. A sense of crisis spreads among the people concerned, saying, “It may not be something that can be easily eaten at any time” (a major flour miller).

“This time, I’m in a situation where I have to raise the price a little.” Takashi Ishihara, the owner of Takamoto Seimenjo in Minato-ku, Tokyo, makes his face cloudy. Mr. Ishihara took over the store he had worked for for a long time 17 years ago and has continued to manage it. He has never faced such a high cost.

Buckwheat, which is the main raw material for buckwheat, is an imported product that consumes about 60% of its domestic consumption cheaper than domestically produced buckwheat. Tachigui soba shops are competing for taste by uniquely blending powders from each country with various characteristics.

Prices of imported goods have risen by more than 60% in the last five years. According to the Japan Soba Association, China, which was the largest import partner until 2019, has become more active in converting to more profitable corn.

Russia’s invasion of Ukraine spurs the trend. As a result of China’s production cuts, Russia’s presence, which was third in 2019, has increased, and this year it has become the number one importer. Russia has a habit of boiling and eating fruits, and is the world’s largest buckwheat nation in terms of production.

A person in charge at Nikkoku Seifun (Nagano City), a major flour miller, said, “There is a delay in arrival due to the suspension of payments due to economic sanctions and the disruption of logistics.” Under the depreciation of the yen, if this situation continues for a long time, further price increases due to shortages will be unavoidable.

Daitan Holdings (Shibuya-ku, Tokyo), which develops “Fuji Soba”, raised the price of Kake soba from 310 yen to 340 yen this year. Yudetaro Systems (Shinagawa-ku, Tokyo) of “Yudetaro”, which raised the price of soba noodles from 340 yen to 360 yen in May last year, is also considering an additional price increase against the background of the recent soaring prices of materials.

Tomoko Yamazaki (52), a taxi driver who goes to Takamoto Seimenjo because of its cheapness and taste, says, “It hurts my family to have food that is rising even though my salary is not rising.” Says. “Because there is a part that I have relied on overseas until now, I have to purchase it at a high price, and the store side can not operate unless I raise the price. I think it is unavoidable.”

Noodles are not the only ones that are putting pressure on the cost of tachigui soba. Ingredients for everything from soup to toppings are rising.

90% of wheat flour mixed with buckwheat flour and used for deep-fried food depends on foreign countries, and the Japanese government imports it from the United States, Canada, Australia, etc. as a national trade. It is a mechanism to sell to flour milling companies while revising the price once every six months in consideration of market conditions and fluctuations in exchange rates.

It was March this year that people in the buckwheat industry were surprised. The government selling price in April was 72,530 yen per ton, up 17% from the previous October last year, and jumped to the second highest level in the past. This was because the stormy weather last summer caused poor crops from the United States and Canada, and Russia, which could not afford domestic exports due to soaring prices, temporarily restricted exports.

More recently, futures prices have skyrocketed due to concerns about supply shortages due to Russia’s invasion of Ukraine, and concerns about additional price increases have not diminished, such as hitting a high for the first time in 14 years.

Soy sauce, which determines the taste of soy sauce, which is the face of the store, and oil for deep-fried foods are both soybeans, which are raw materials, are soaring. The main trading unit for commercial cooking oil is a square can containing 18 liters called a doo can, and the Nisshin Oillio Group has raised the price by more than 700 yen per can from this month. The price will increase by about 10%.

Increasing demand for biofuels, strong demand in China, the La Niña phenomenon, hot drying in Canada, regulations in Indonesia-the reasons for this are listed in the Nisshin Oillio statement. High cost factors are intricately intertwined and are unlikely to subside easily.

Kikkoman, the largest soy sauce company that decided to raise the price for the first time in 14 years in February this year, did not announce the earnings forecast for the fiscal year ending March 2023 in the announcement of financial results on April 27. It is difficult to show forecast figures due to large fluctuations in raw material prices and exchange rates.

The company’s president, Shozaburo Nakano, said when asked about the possibility of additional price increases in the future, he said, “We will keep an eye on future movements such as raw material prices,” although it has not been decided at this time.

“Because we are competing every day in units of 10 yen and 20 yen, the price of various things is rising at the same time, and the burden is extremely heavy,” says Mr. Ishihara of Takamoto Seimenjo. “It seems that there will be items that can be raised by about 10% to 15%.”