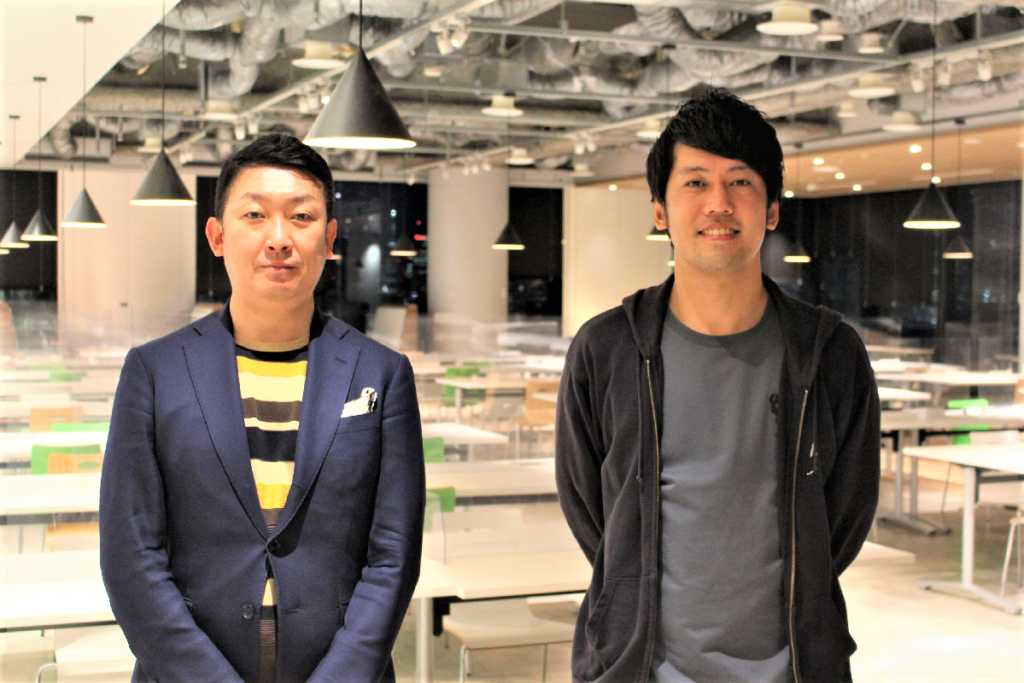 Market trend shifts to the top due to Korona-ka

-Please tell us about the background behind this market research on connected TV advertising.

Mr. Noyashiki: There was a hypothesis that the market environment surrounding connected TV advertising might have changed significantly before and after Corona. We recognize that not only the market size but also the number of users and usage time have increased significantly.

The market research results for connected TV advertising were released by SMN in October 2020. Therefore, I may have given up on issuing it normally, but in our case, if we can update in a good way based on this, I think that everyone in the industry will be happy to use it. With that in mind, I asked SMN to join us.

Mr. Tanimoto: In October 2020, we conducted a survey with Digital Infact to define a market called connected TV advertising in the Japanese market and predict that market.

With the rise of connected TV originating in the United States and the rise of the OTT market, this area is also very noteworthy in Japan, and the market size of domestic connected TV advertising was introduced to the world for the first time. Soon after, this data received a lot of attention in the digital advertising industry and was used everywhere. In fact, I’ve seen so many industry events and media cite this data.

When AJA asked me to do a connected TV advertising market research together this year, I just thought it would be better to update the market data, so I’m grateful to join you. I decided to.

-Please tell us about the results obtained by conducting the survey.

Mr. Noyashiki: The survey results obtained this time far exceeded the estimates and forecasts issued by Mr. SMN in 2020, but the skin sensation was as expected. In addition to the infrastructure for watching connected TV, such as the spread of remote controls for TVs with viewing buttons such as ABEMA, TVer, and YouTube, the demand for nesting in the corona has increased and the user’s time has increased. If you include the growth, there is no sense of discomfort. Rather, I am looking forward to seeing it grow a little more.

CyberAgent sometimes advertises as an advertiser, but at one point we have verified the difference in effectiveness between delivering a video ad to a smartphone and delivering it to a connected TV.

In the app promotion, when I tried to put out the conversion rate, the result was that the connected TV was 3 to 5 times higher on average. This is probably because the TV terminal has a large screen and the smartphone terminal is at hand, so it is easy to search.

Due to this, the number of connected TV ads placed by app advertisers is increasing. From the demand trends on the advertiser side, we can expect great market expansion.

Mr. Tanimoto: As expected, the result was a significant increase from the previous survey results.

When we first released the results of the Connected TV Advertising Market Research in October 2020, although it was a corona-ka, the changes in user behavior affected by the corona are not taken into account in the market size. was. The forecast also reflected how much it would grow organically to some extent. However, I felt that the influence of Corona would have changed the flow of viewers considerably.

For example, when I saw and heard that Amazon released Fire TV in the United States and became a hit, I felt that the return of TV devices centered on young people occurred, and that consumption behavior was accelerated due to the influence of Corona.

Noyashiki: To be honest, my subjective impression is that the distribution is naturally approaching connected TV. After all, Japan is still behind in efforts compared to Europe and the United States, and I have the impression that the position of connected TV has become ambiguous.

Mr. Noyashiki: Well, I have the impression that it is still in the future. On the other hand, some foreign-affiliated advertisers have an advertising budget for OTT in the first place. In Japan, it will still be a move in the future.

Mr. Tanimoto: The company I represent is a consolidated subsidiary of SMN, which operates an integrated digital agency business, but YouTube is still the most popular video ad.

YouTube can also specify delivery to connected TV. In many cases, when we operate it, we set it so that it can be distributed to all devices of smartphones, PCs, and connected TVs by default, but in the future, we have found a creative strategy for distribution of TV devices. I think that the number of advertisement distributions focused on connected TV will increase.

Also, in Japan, when it comes to connected TV, the existence of YouTube overwhelms others and surpasses the market, but I hear that the market share in the United States is about 40%. This is because the presence of other major players is also large. Players such as ABEMA and TVer are steadily increasing in Japan as well, and the market environment may change significantly in the future.

Mr. Noyashiki: It’s been a long time since the remote control of TVs was equipped with ABEMA and YouTube buttons, but now it’s a situation where you can watch terrestrial broadcasting or video distribution services in a device called TV. It is no longer the situation that terrestrial waves flow when the TV is turned on for the first time.

If the user’s viewing time shifts to connected TV, the advertising budget will inevitably shift.

-You have aggressively predicted the size of the market in five years, but is it easy to achieve this number?

Mr. Tanimoto: It depends on the content provided by OTT. The fact that the world-class sporting event scheduled for this year has acquired the rights to broadcast all games at ABEMA seems to be one of the killer contents that will significantly change the market environment. It can be said that attention is required.

Mr. Noyashiki: From the user’s point of view, I think the fence is not so conscious of terrestrial broadcasting and OTT. It’s normal for the connected TV advertising market to reach hundreds of billions of yen.

-Please tell us about your future focus in the area of ​​connected TV.

Mr. Tanimoto: The appeal of connected TV advertising is the use of viewing data. By utilizing the viewing data, it is possible to visualize the advertising effect. Visualizing what was previously invisible will change the reputation and position of TV devices for advertisers.

By utilizing the data, it will be easier to understand the on-target rate for TV users. Connected TV is not just a destination for digital advertisements, but it also has the value of being able to be used for ad allocation by being able to acquire data.

In addition, the spread of connected TV advertising will lower the threshold for advertisers to place advertisements on a device called TV, and will lead to opportunities and motivations to take on challenges.

The SMN Group believes that market demand will move by visualizing such viewing data and advertising effectiveness. We would like to focus on developing and providing services that focus on that area.

Also, if you can connect to the smartphone of a connected TV viewing user with data, you will be able to identify the user to some extent. Then you can use it to separate advertisements. We are also paying attention to this area as we will be able to move elements that could not be moved in TV commercials until now.

Mr. Noyashiki: In February of this year, we started offering “Incree,” a video advertisement specializing in connected TV. We will continue to strengthen our products focusing on connected TVs.

In Japan, a success pattern has not yet been established in the use cases of OTT, and I would like to manage it. One of the things I want to establish is the element of context. As for the content to watch, for example, if there are 20 genres in ABEMA, what kind of content are you watching baseball, watching anime, watching romance, etc. Is the user watching? I am trying to watch this content at this timing because I have a strong purpose of viewing, so I would like to aim and shape what kind of communication design should be done.