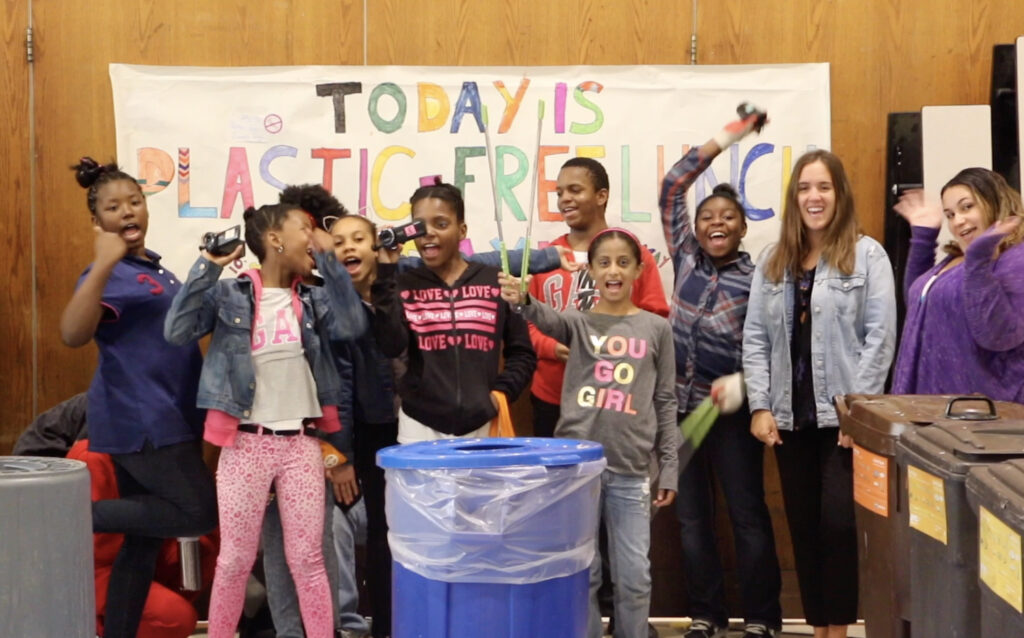 This is an environmental activity campaign aimed at learning about the problem of plastic pollution through familiar environmental activities and expanding the chances of starting actions that will change the future.
【Implementation content】Classes, schools, workplaces, cafeteria facilities, or individuals will be asked to hold a “zero disposable plastic lunch” and post it on various SNS with the specified hashtag.
[Period]May 16th (Monday) -June 30th (Thursday), 2022
From the date of “Plastic Free Lunch Day” in New York to the end of Environment Month.
[Hashtag]#plasticfreelunch, #Plastic Zero Lunch Day
“#Plasticfreelunch” is used universally.
[Posted content]Feel free to take pictures of what was done, the number of participants, what you devised, and your impressions of what you did.
[Notification site]https://sdgs.scope-inc.co.jp/plazero-cam/
[Organizer]Microplastic Story Ambassadors Japan 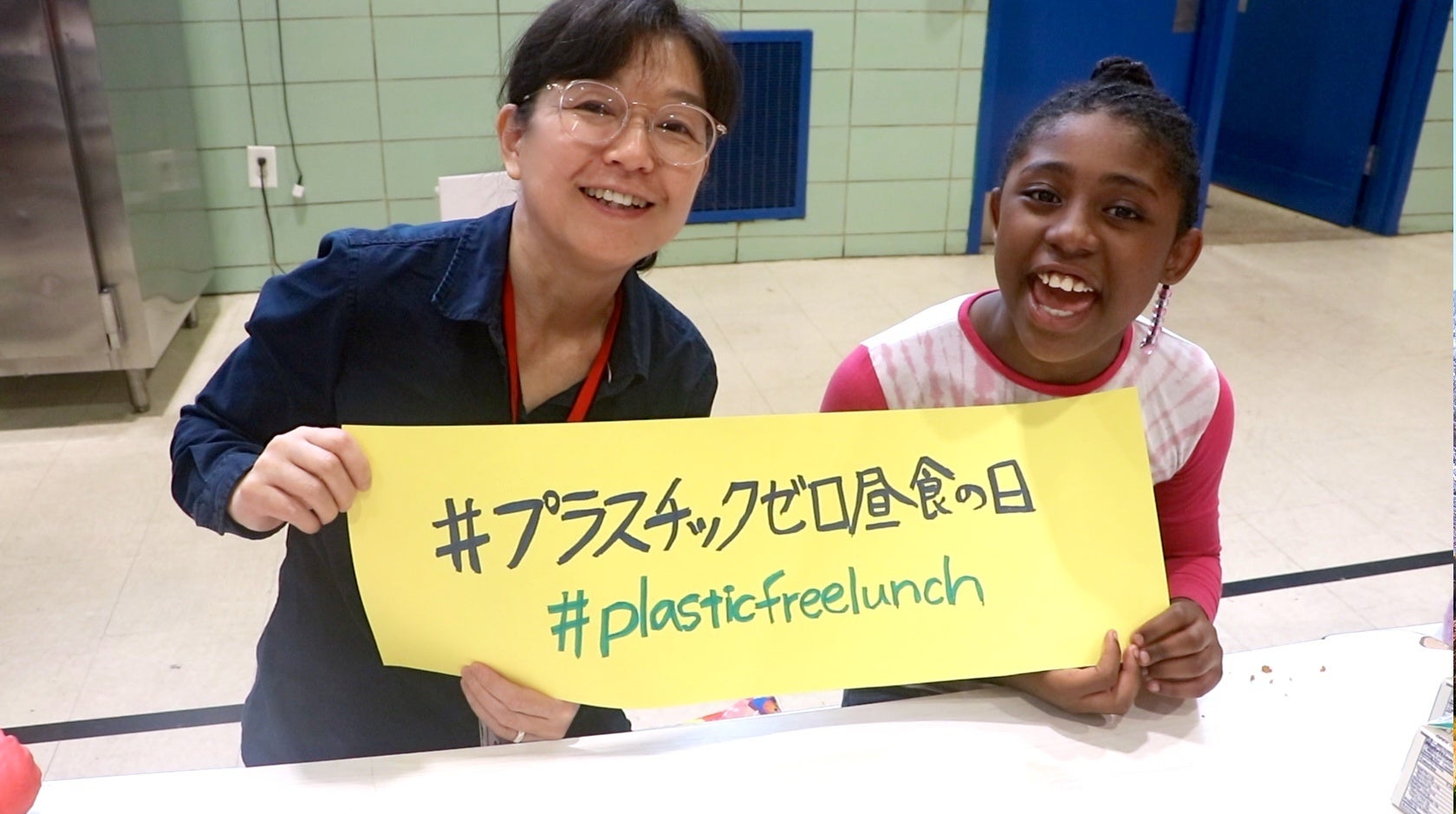 Atsuko Satake (Cafeteria Culture) and PS15 students, co-director and producer of “Microplastic Story”, who raises hashtags for the campaign and invites participation from all over the world.

◆ More than 400 schools in New York City hold “Plastic Free Lunch” all at once!
In the movie “Microplastic Story-We Make 2050-“, children in New York proposed “Plastic Zero Lunch” to their school, and many supporters overcame many challenges. We have succeeded in reducing the amount of disposable plastics by increasing the number of plastics. In the movie, it was held at only one school, but after that, the children’s proposals came to fruition, and on Monday, May 16, 2022, “Plastic Free Lunch Day” was held at more than 400 schools throughout New York City. It will be carried out all at once.
[Video of “PLASTIC FREE LUNCH DAY” in New York City on May 16th]
https://vimeo.com/695683120?embedded=true&source=vimeo_logo&owner=44373371 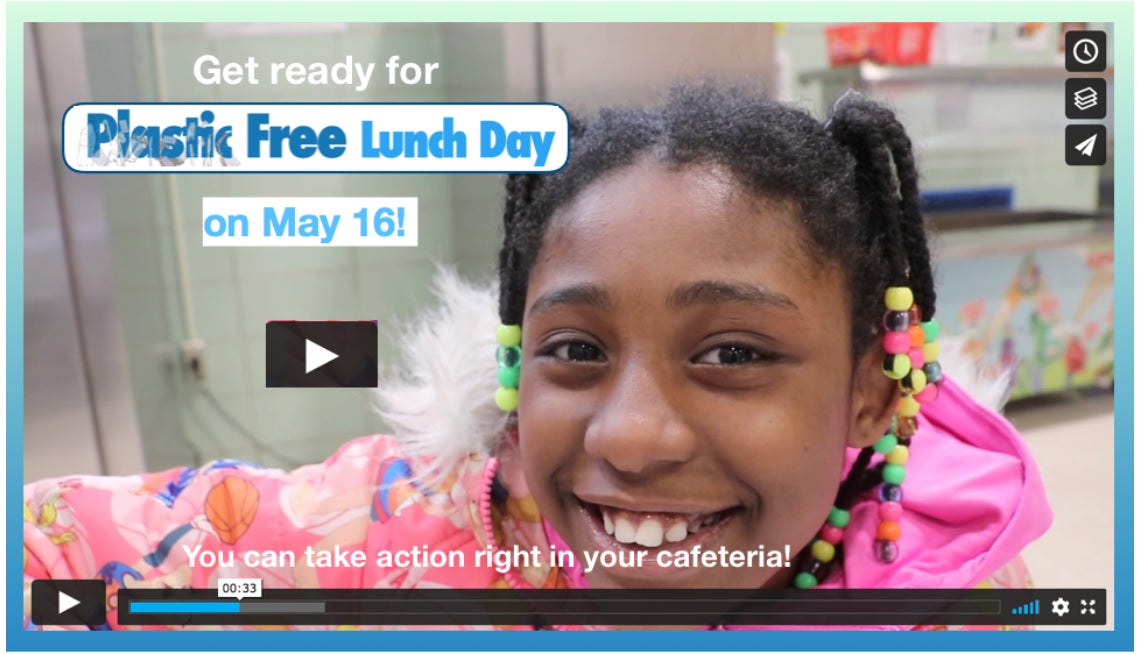 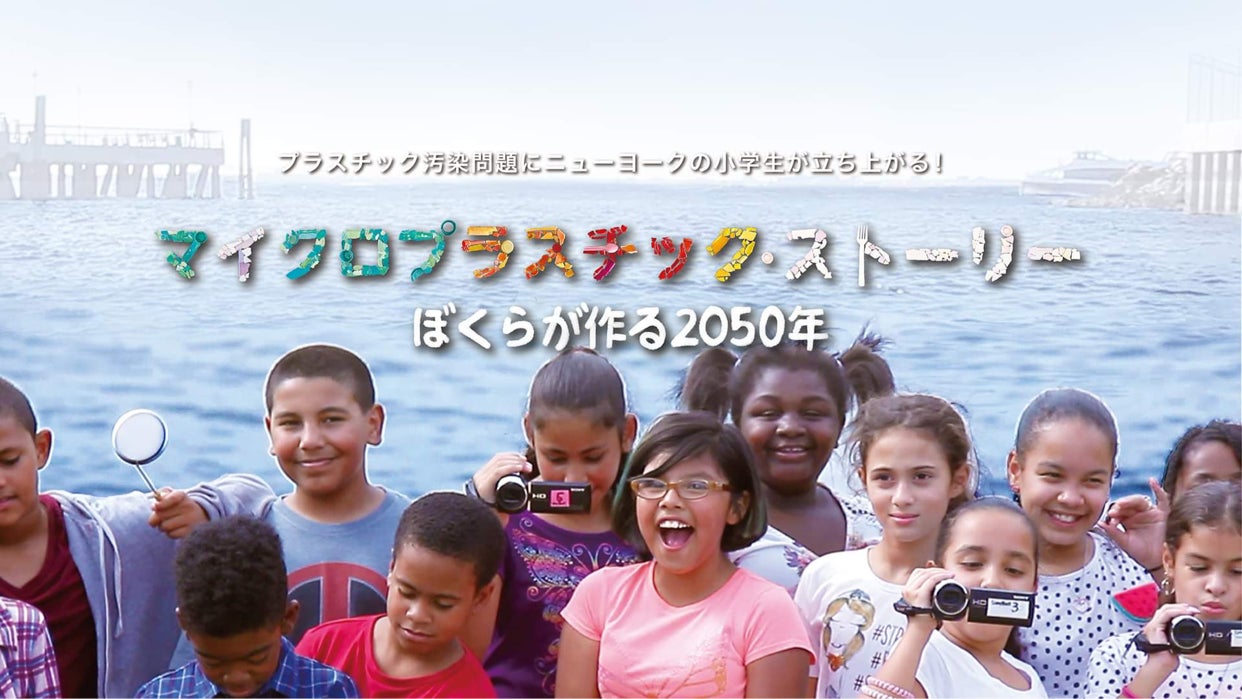 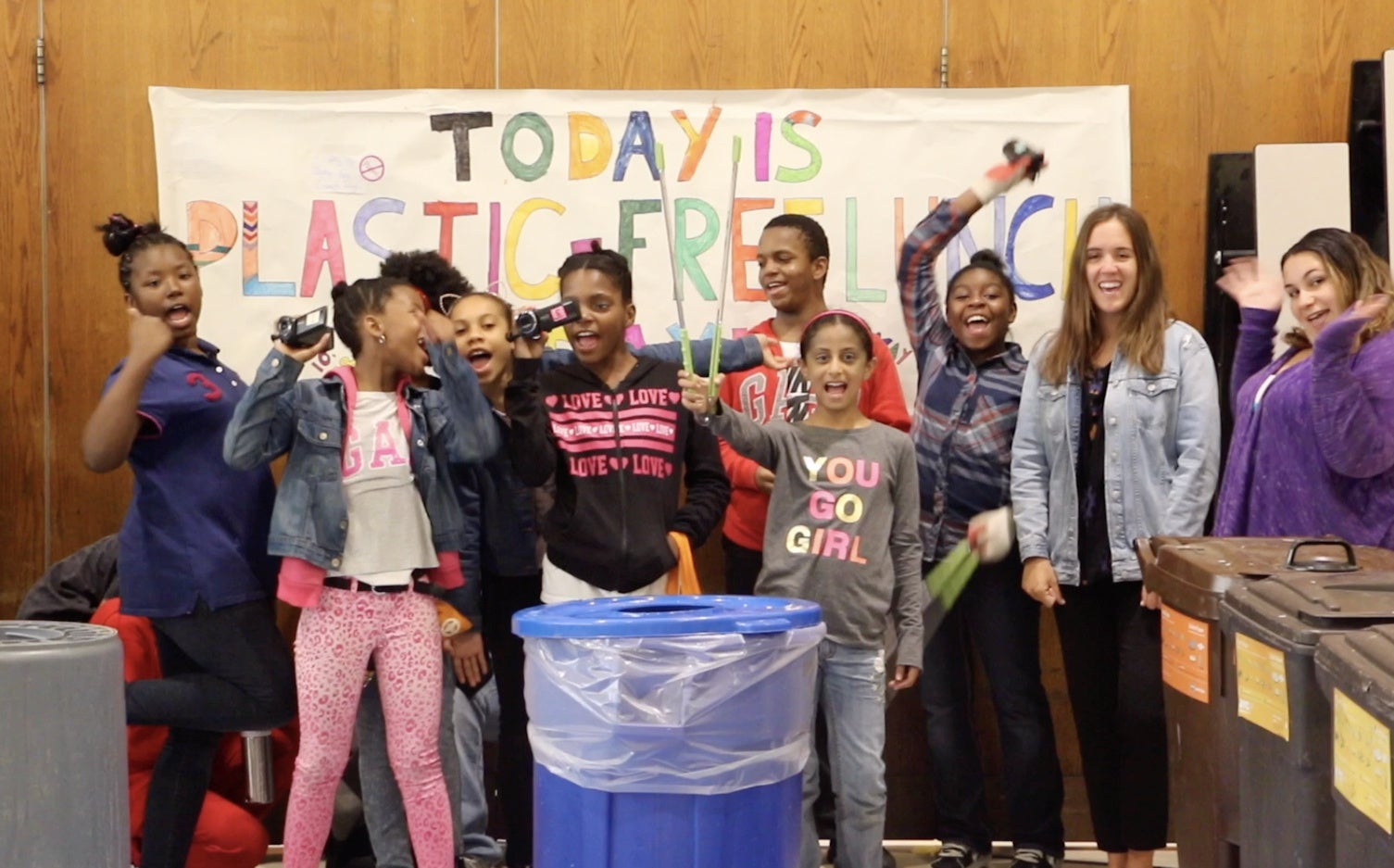 Two years before fifth graders in Brooklyn, New York learned about the world’s biggest plastic pollution problem and asked what the root of the problem was from their point of view, but took action from their community to solve it. It is a feature-length documentary that follows.
The Red Hook district of Brooklyn, New York City is on the front line of climate change, affected by large typhoons in the past. The fifth grade of Public school15 (PS15), an elementary school there, conducted research and data collection in a special plastic-free program led by Cafeteria Culture, an NPO in New York, for two years from the fourth grade, and announced it to the city council. We will continue to raise awareness in the area where we live. And they discovered that plastic pollutes the global environment not only after it becomes garbage, but also in the process of production, and that it is involved in climate change, and they take action in their school cafeteria. We will spread it throughout New York City.
In the movie, children’s simple questions are carefully asked, experts answer them, and animations are used abundantly to solve this plastic pollution problem in an easy-to-understand manner from children to adults. The microplastic story, which exudes hope from children’s straightforward enthusiasm, has been selected by 30 film festivals around the world and has won six awards.
In December 2021, the long-awaited Japanese dubbed version was completed and released.
Original title: Microplastic Madness (produced in the United States in 2019, 76 minutes color, Japanese subtitles)
Movie trailer (dubbed in Japanese): https://www.youtube.com/watch?v=MJUmuAnMk2k&t=6s
Official movie site: https://www.microplasticstory.org

[Cafeteria culture]
Cafeteria Culture, which produced “Microplastic Story-We Make 2050-“, is a non-profit environmental education organization based in New York City, founded in 2009 as Styrofoam Out of Schools, and is a school in New York City. He led the abolition of Styrofoam trays used in school lunches. That led to the abolition in 10 cities across the United States, and now about 500 million expanded polystyrene trays are being replaced with compostable trays annually.
Based on the environmental education program at public elementary and junior high schools in New York City, the organization is constantly conducting school-based policy advocacy activities and plastic reduction campaigns. With the motto of always designing solutions based on science and data by the students themselves, and communicating the message by making full use of media, art and visuals, children are not only environmental problems but also various things. We provide programs to communicate our voices on social issues and acquire the skills to take action.
URL: URL:http://www.cafeteriaculture.org/
PLASTIC FREE LUNCH DAY Announcement Site: http://www.cafeteriaculture.org/plastic-free-lunch.html 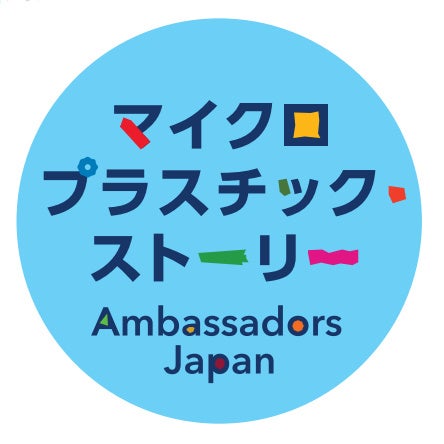 [Microplastic Story Ambassadors Japan]
Scope Co., Ltd. learned many facts through this movie and was impressed and courageous by the behavior of children in New York. At the same time, I felt that this movie had the power to change the future. We will share this experience with many people, support this movie, expand concrete actions for plastic reduction, and set up this project team to create 2050 without plastic pollution. I did.
HP: https://linktr.ee/microplastic.story_ambassadors

[Scope Co., Ltd.]
We are a comprehensive advertising company focusing on retail sales and advertising and sales promotion of manufacturers, and we are working on social innovation as a social contribution company with the slogan “Change the future through planning.”
President: Shigeru Yokoyama
Established: April 1, 1989
Location: 2-10-2 Fujimi, Chiyoda-ku, Tokyo 28th floor
Corporate site: https://www.scope-inc.co.jp/
Sustainability site:https://sdgs.scope-inc.co.jp/