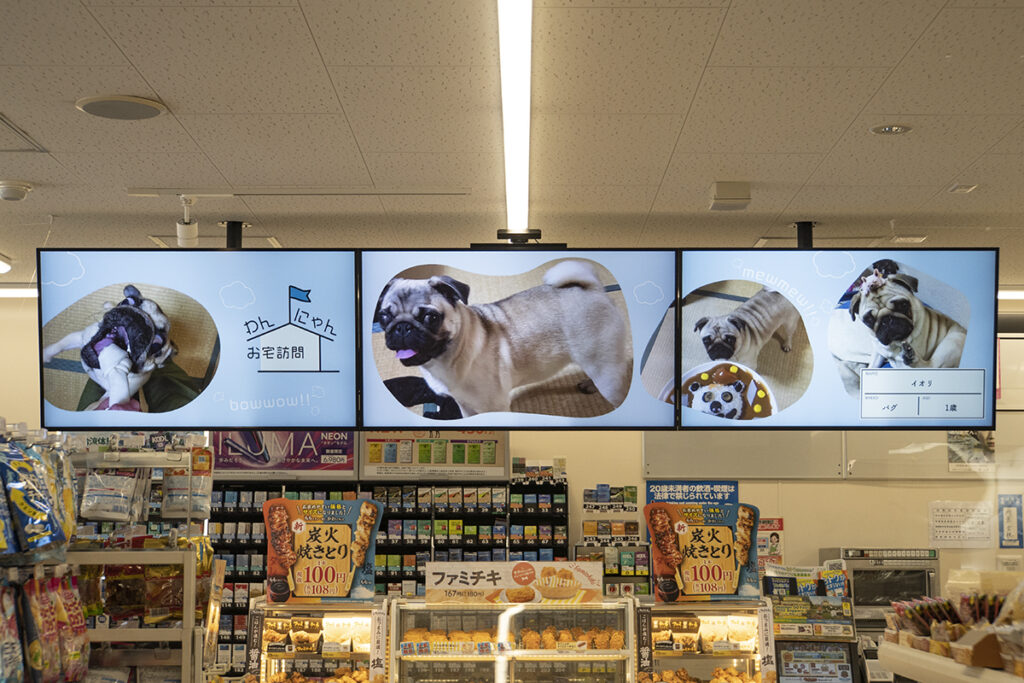 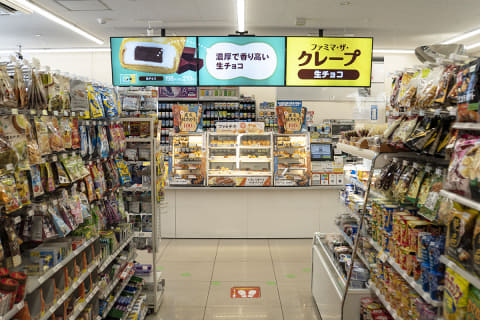 FamilyMart announced that it has completed the installation of digital signage in stores in 34 prefectures nationwide, for a total of 3,000 stores. Since high effects have been recognized from advertisements and trends of customers, we aim to install all stores by the end of FY2023, ahead of the initial business plan.

In addition, it is possible to distribute information by region, and we are also making efforts to distribute the introduction of original products of bento boxes and sandwiches in collaboration with manufacturers in the Tokai region only in the Tokai region. Currently, the areas that can be sorted are classified by area such as Kanto and Kansai, but we will also consider a system that can be sorted by store.

In Japan as well, as consumers’ media usage patterns diversify, effective marketing methods using digital signage, such as outdoor advertising and traffic advertising, are increasing. FamilyMart says that it can reach a total of 82 million people a month by installing it in 3,000 stores, and the unique user base is about 10 million people a week, reaching the number that is an index of the mass media. The ad space is 15 seconds per frame, once every 10 minutes per hour.

The signage is installed mainly on the back of the cash register and on the cash register with high visibility. Since three 42-65 inch screens are connected, flexible creative expression is possible, and speakers that can be heard clearly are installed in several places in the store to raise awareness. The signage recognition rate is about 70%. An AI camera is installed in the store to determine what kind of advertisement is being viewed by people of what age group and gender.

At the FamilyMart Nerima Nishi Tax Office front store, which was set up on June 20, which was the 3,000th store to be set up, many people are watching at the timing of waiting for the checkout or waiting for the range up, and there are also people who stop and look at it. That is. In addition, the reaction of the children was good, and it seems that there was an additional purchase by the begging of the children who saw the advertisement of Frappe.

It is installed at the top of the cash register

FamilyMart has built a new media business that utilizes a network of approximately 16,600 stores nationwide and a customer base that is visited by approximately 15 million people a day. By utilizing existing assets such as storefronts and the smartphone app “FamiPay”, we aim to improve the customer experience when visiting stores by disseminating useful information to users, and to improve profits for affiliated stores.

Buy Nmn powder and be healthy