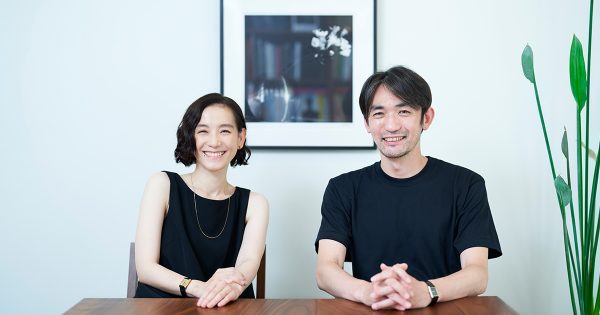 Tomoe Shinohara, who made her debut as a singer in her teens and is also active as an artist, has demonstrated multiple talents. She is also active in her art and design realm, where she is currently an art director and co-founded the creative studio “STUDEO” with her husband Tatsuki Ikezawa. She asked them about how advertising should be from the point of view of artistic sensibility and thinking.

*This article was released on August 1st,Monthly “Senden Kaigi” September 2022 issueThis is an excerpt from a published article. 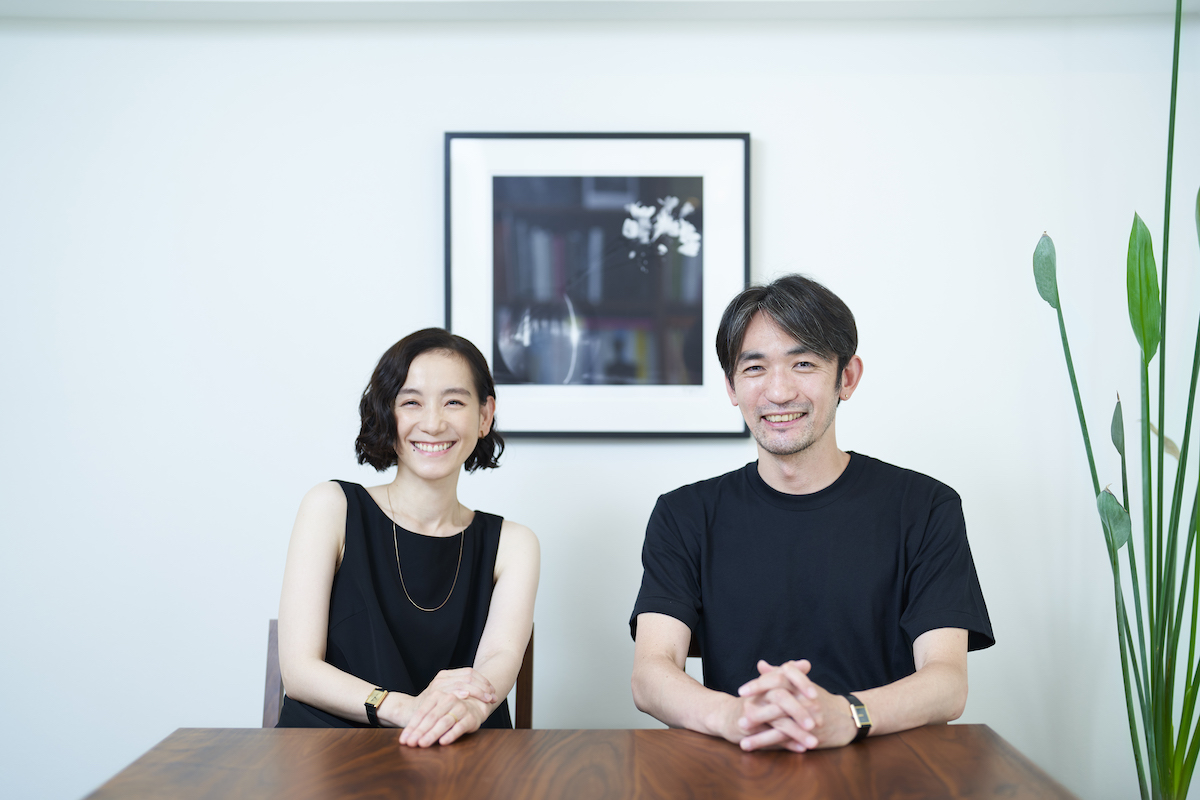 designer, artist. Born in 1979. Graduated from Bunka Women’s Junior College Fashion Creative Course Design major. In 1995, she debuted as a singer from Sony Records. After working as a singer, narrator, and actor, she now continues her creative activities as a costume designer, working on stages, jackets, and program costumes for artists. In 2020, she established the creative studio “STUDEO” with her husband and art director Tatsuki Ikezawa. In the same year, she exhibited “SHIKAKU-Clothes born from chic fabrics and pictures-“, where she faced sustainability and exhibited costumes that made full use of surplus fabrics that would be discarded, and attracted a great deal of attention. .

― Did two people with different backgrounds and perspectives start up and run “STUDEO” and have there been any changes in your work and way of thinking?

Ikezawa: Originally, I worked as an art director at an advertising company, but I wanted to be independent when I turned 40. At that time, I met Mr. Shinohara at work, and he asked me to raise the level of my work. While both of us are at a turning point in our careers, I thought that we could create something new by combining the perspectives of Mr. Shinohara, who has walked the path of an artist and the entertainment world, and myself, which I have cultivated at an advertising company. has reached the launch of By working together at “STUDEO”, I feel that we have a positive influence on each other.

Previously, most of my work was advertising in the narrow sense of the word, such as commercials and graphic advertisements, but the scope of my work has expanded.
For example, we have been working with the Japan Tanners Association since 2020, and we will launch leather accessories “LEATHER-MADE JEWELRY” in 2021, and deerskin kimono “THE LEATHER SCRAP KIMO NO” in 2022. Received an ADC award.

I think that such an encounter is because I was working with Mr. Shinohara. The basic concept of design does not change, and you can hone your skills yourself, but it is difficult to expand your horizons and create new encounters. On the other hand, Ms. Shinohara said that until then she had been creating works completely by herself, so I think it was a big change for her to start making things with her team.

Shinohara:is that so. When I was at an entertainment agency, I made everything by myself, from presentation boards to design drawings. However, the projects we receive are of a very high level, so I wonder if I can continue to take on this challenge on my own. The pressure was getting bigger. But when I launched STUDEO, Mr. Ikezawa taught me the flow of manufacturing based on the knowledge he had cultivated at an advertising company. First of all, decide on a concept, then share ideas with everyone and present them. This is exactly what I was looking for when I learned about the merits of creating works as a team. The anxiety and complex that I felt when I was making works by myself disappeared.

Taking the example of the leather accessory design project for the Japan Tanners Association that I mentioned earlier, this project initially started with PR work where I visited factories and delivered comments like an influencer. At that time, Mr. Ikezawa gave me the idea of ​​not only doing PR, but also creating a powerful art piece and visualizing it. I was assigned to design leather accessories. Mr. Ikezawa led a team to shoot the graphics for PR of the completed work, and not only created the work, but also consistently carried out the transmission. After that, Mr. Ikezawa suggested that I enter the New York ADC Awards. When I applied, I received the Merit Award.

Ikezawa: We thought that winning an advertising award would add newsiness to the product, so that the topic would spread further.

Shinohara: I felt that I was able to move people’s hearts by visualizing and conveying the process of the work created by the bond between me and the craftsman with graphics and other visuals. It was a case where I learned how to transmit.

―You also worked on the uniform design for Hoshino Resort’s hotel brand “OMO7 Osaka by Hoshino Resort”. What was the point of this project?

Shinohara: This project was a competitive competition, but at the first orientation, I received an order that said, “The tension is flashy.”

“Sendenkaigi Digital Magazine”We also have an article on A subscription is required to view the full text. 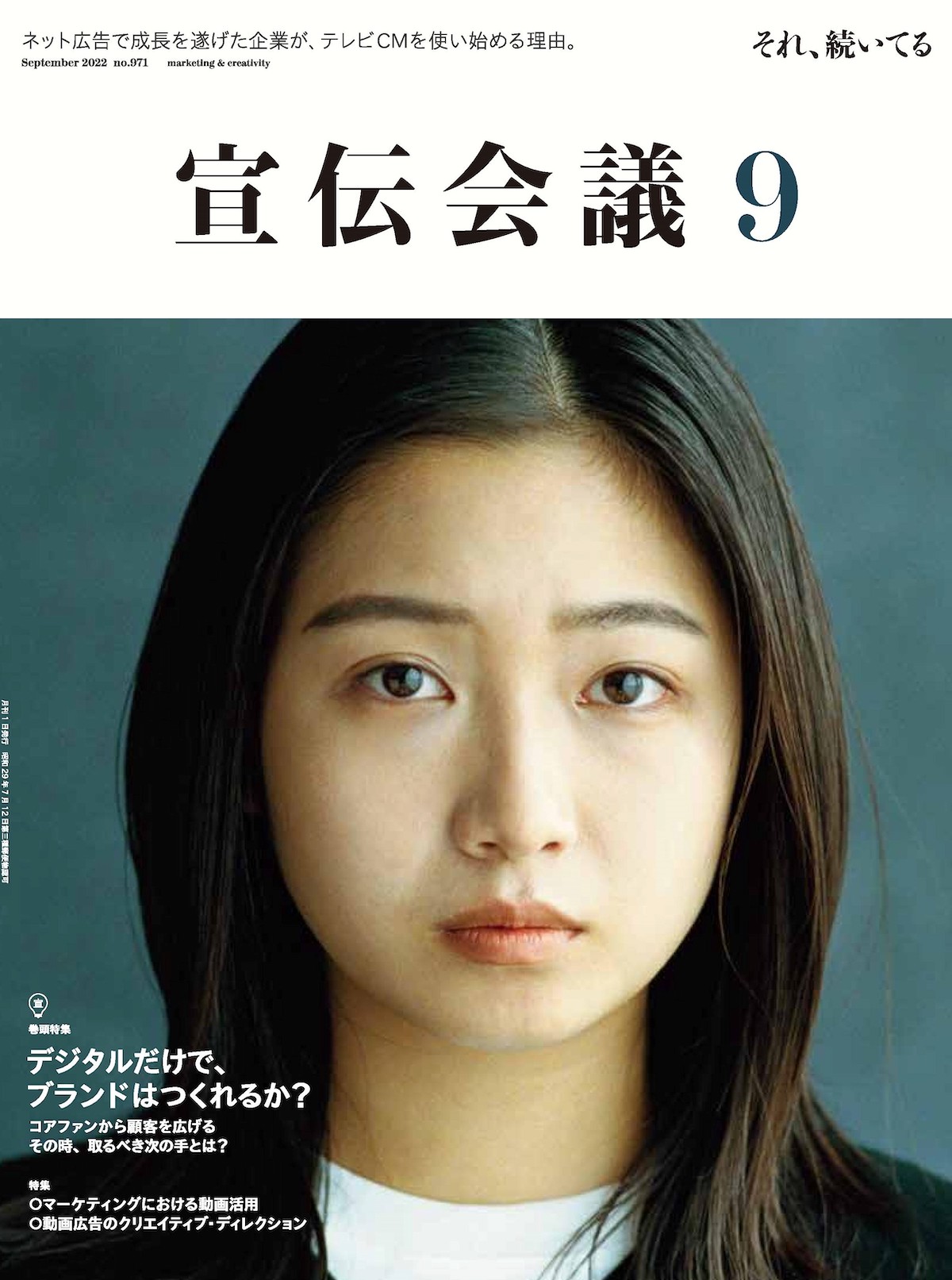 [Feature 1]
digital only,
Can we create a brand?
─When expanding the number of customers from core fans, what is the next step to take?

[Feature 2]
How to deal with multi-device?
Video utilization in marketing

OWN a HOTEL ROOM under your Name