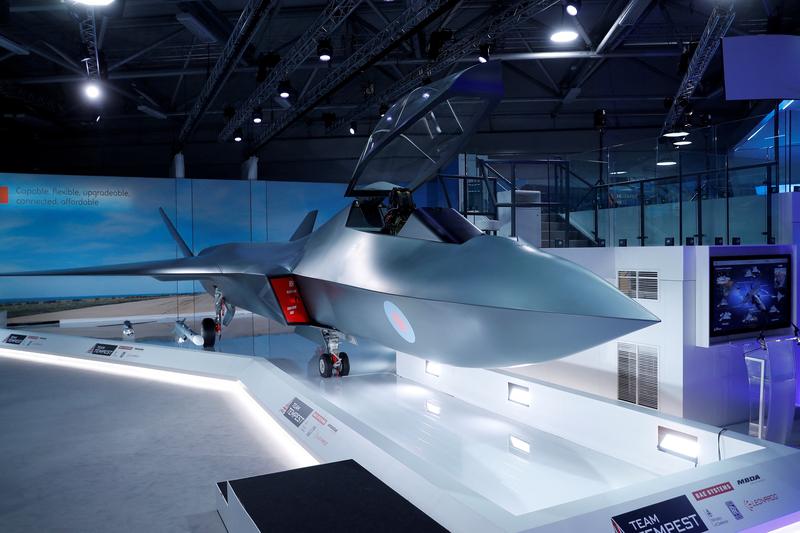 [Tokyo / London, 14th Reuters]–It was found that the UK and Japan, which are advancing the development of the next fighter aircraft, are coordinating their plans to integrate their plans and launch a new joint venture. Aim for an agreement within the year. Three Japanese and English officials who knew the situation revealed.

While the UK is leading the international collaborative development project for the “Tempest,” the successor to the “Eurofighter,” it has also cooperated with Japan, which plans to develop a successor to the Japan Air Self-Defense Force “F2.” Both countries are inclined to judge that the integration of the two businesses is expected to have a synergistic effect in terms of both technology and cost.

This is the first time that Japan has jointly developed a weapon with a country other than the United States. As China rapidly gains military and economic strength and Russia’s military threats rise again, both US allies, Japan and the United Kingdom, have strengthened their security ties. By integrating the development of the main equipment of fighter aircraft, we will further deepen the cooperative relationship.

“It will be an equal partnership between Japan and the UK,” said one of the people involved. Development costs haven’t been set yet, but the people said it’s likely to be in the tens of billions of dollars.

From around 2017, Japan and the UK are exploring the possibility of cooperating in fighter aircraft development. In January of this year, IHI and Rolls-Royce embarked on joint research on the next fighter engine. The official said that they are intensively discussing the integration into one business, including those other than the engine.

Another source said, “We are considering procuring basically the same fighter while slightly changing the specifications as the main scenario.”

The UK Ministry of Defense declined to comment on Reuters’ interview. The Acquisition, Technology and Logistics Agency of Japan replied, “As we agreed at the Japan-UK summit meeting in May, we would like to decide the overall picture of cooperation by the end of this year.” “We will pursue various possibilities of cooperation with the United Kingdom, which is an ally of the United States.”

The British government may announce the latest status of the Tempest program at the Farnborough Airshow, which begins as early as 18th, according to another source.

BAE Systems, a major British defense company that undertakes the Tempest business, declined to comment. Mitsubishi Heavy Industries, which leads Japan’s next fighter plan, said it was not in a position to comment because of the government’s business.

Britain’s partnership with Japan in fighter aircraft development will provide an opportunity for the European defense industry, including BAE, Rolls-Royce, MBDA, and Leonardo of Italy, which are involved in Tempest, to enter the Japanese market, which has been monopolized by US companies. Japan’s defense industry, which has been pushed by increased imports of US-made weapons over the last few years, may also have the opportunity to export and acquire European equipment technology.

The Air Self-Defense Force’s support fighter F2, which will be retired from around 2035, was developed more than 30 years ago by Mitsubishi Heavy Industries and Lockheed Martin based on the US Air Force’s “F16”. Lockheed proposed a mixer for the “F35” and “F22” this time as well, but Japan did not select it because it was concerned that sufficient technology transfer would not be carried out from the United States.

Lockheed instructed Reuters to contact the Japanese government for questions regarding development projects.

The total project cost of the F2 successor is estimated to be 5 trillion yen, and the Japanese government has allocated about 80 billion yen to this year’s budget. Tempest will invest £ 2 billion by 2025, when it will begin full-scale development.

“(The Tempest project) is flexible and can accommodate a variety of forms,” ​​said Francis Tusa, an independent defense analyst.

According to one of the people involved, there is still the possibility that Japan and the UK will partially cooperate to develop different fighters. “There is still the option of running each business separately and cooperating wherever we can,” said the person.

In addition, even if it is jointly developed in Japan and the UK, US technology and parts such as data links will be required to ensure interoperability with the US military.

Italy and Sweden have also signed the Tempest development plan, but it is not clear at this point how the two countries will be involved in the new project launched by Japan and the UK.

* I arranged the line breaks and resent.