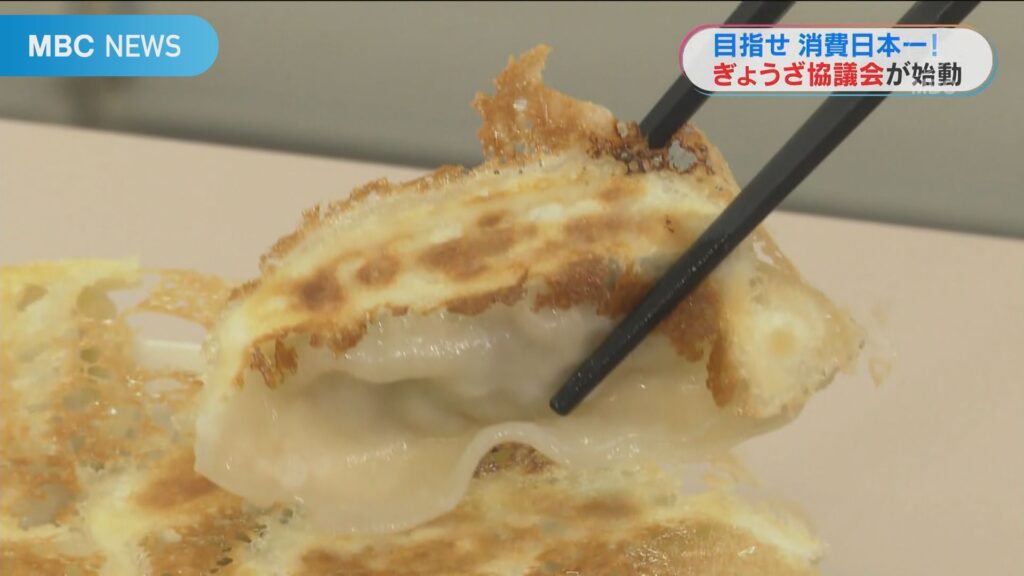 Kagoshima Gyoza becomes the best in Japan The council starts in earnest[04/19 20:05]

“Gyoza” is a popular dish that was born in China and has evolved and become established in Japan. The city aiming for the highest consumption in Japan is now fighting hotter than the iron plate. A council was established in Kagoshima with the aim of becoming the best in Japan.

Gyoza is popular among Japanese people as it can be used as a side dish for rice or as a snack for sake. It is also an item of the Ministry of Internal Affairs and Communications’ household survey, and in February this year, Miyazaki City became the first in Japan, overtaking Hamamatsu City in Shizuoka Prefecture and Utsunomiya City in Tochigi Prefecture, which had been competing for the top ranking, and it became big news. I did.

Meanwhile, there is a movement in Kagoshima City.
Members of the “Kagoshima Gyoza Council”, which was just established in April, visited the city hall on the 19th.

In fact, Kagoshima City ranked 12th in Japan with an average spending of 2241 yen per household in 2019, but in 2020 it was 6th with 2727 yen and 8th with 2546 yen last year, which is one of the best in Japan. It is the city of Gyoza.
Recently, the number of vending machines and unmanned sales offices has increased in various parts of the city, and the amount of spending has increased, and the members are enthusiastic about aiming to be the best in Japan.

(Representative of Kagoshima Gyoza Council Masaaki Yamazaki) “I want to do my best to be the best in Japan in terms of purchase amount and frequency of purchases of gyoza.”

The reason why each city aims to be “the best in Japan” is its economic effect. Miyazaki City, which has set up an adult council to develop activities and became the number one in Japan for the first time this year, is expected to have an effect of about 1.65 billion yen for local consumption, tourism, mail order, etc. We will send an ale to the establishment of the council in the neighboring prefecture, Kagoshima.

(Miyazaki City Gyoza Council Chairman Aika Watanabe) “I think it’s best to have fun, and if you have a lot of Gyoza love, I think the ranking will go up steadily.”

At the “Kagoshima Gyoza Council,” 15 companies, including specialty stores, will collaborate in public relations activities, and in June, we will hold events such as the “Gyoza Festival” and a baking class to increase consumption.

(Kagoshima Gyoza Council Chief Gyoza Officer (CGO) Kenji Kawahara) “There are a lot of materials in Kagoshima, and the potential of Gyoza is very high, so I think Kagoshima will continue to grow.”

Let’s revitalize the town with “Gyoza”! The challenge to become the best in Japan begins.