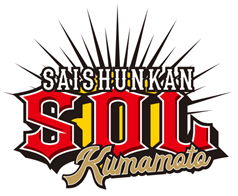 From 2021, we signed an e-sports business collaboration agreement with professional gamer Nemo (belonging to Wellplayed Rizest) to spread and develop e-sports culture, which is the vision of “Saishunkan Sol Kumamoto”, and to realize regional revitalization. However, we believe that the addition of Higuchi this time will further advance the realization of the vision of “Saishunkan Sol Kumamoto”.

Although Higuchi is an active university student, he is one of the highest level players in Japan, having won the “CAPCOM Pro Tour 2021 Japan Tournament 2”, which is the official tournament of the popular fighting game “Street Fighter V”.
Higuchi sympathized with the idea of ​​”Saishunkan Sol Kumamoto”, which thinks that enlivening Kumamoto as well as the whole country by playing an active part in the competition scene will lead to the spread and development of e-sports culture and regional revitalization, and concludes a contract. I arrived.
Please look forward to the success of Higuchi and the future of “Saishunkan Sol Kumamoto”. 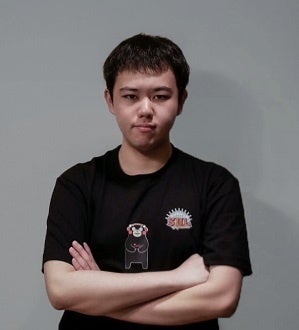 【comment】
From now on, we will aim for height together, not to mention the fighting game industry.
We will do our best to reach as many people as possible! 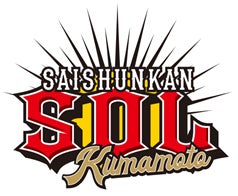 In the summer of 2021, “Saishunkan Sol Kumamoto” was born with Saishunkan System Co., Ltd. as the operating body from the desire to be an indispensable presence for “Kumamoto” through e-sports. “Sol” in the team name means “sun” in Latin, and the idea is to become like the sun, which is indispensable for agriculture, which is especially prosperous in Kumamoto, the country of fire. increase. As an e-sports team of the Reharukan Group, we will liven up the e-sports scene.

◆ About “Street Fighter V”
The “Street Fighter” series is the “Street Fighter II” released in 1991 after Capcom Co., Ltd. (Headquarters: Chuo-ku, Osaka, President: Haruhiro Tsujimoto) released the first commercial game machine in 1987. 』Recorded a big hit.
The innovative fighting system has attracted a lot of attention, and it has been 30 years since its appearance, establishing the genre of fighting games, such as the worldwide shipment of 47 million units of home video games (as of the end of December 2021). After all this, it is still popular all over the world, and it has become a leading title in the fighting game field in e-sports.
For the first time in the history of the “Street Fighter” series, we have introduced “cross-platform” play in which “PlayStation®4” users and PC users can play against each other.
© CAPCOM CO., LTD. 2016, 2020 ALL RIGHTS RESERVED.

◆ About Reharukan System Co., Ltd.
Group company Saishunkan Pharmacy’s corporate philosophy “Pursuing customer satisfaction with better products and better services, and having long-term relationships.” This idea is at the core of our company, and from the point of contact with our customers. We have cherished retention / repeat (continuation). We are deploying the know-how, frameworks, and system solutions cultivated here to all companies.
We are also developing overseas business, and we have two bases in Hanoi and Hue as Reharukan System Vietnam.

◆ About Capcom Co., Ltd.
Since its establishment in 1983, it is a leading company that has created numerous hit products in the game entertainment field. As a representative work, he owns series titles such as “Resident Evil”, “Monster Hunter”, “Street Fighter”, “Rockman”, and “Devil May Cry”. Headquartered in Osaka, with overseas subsidiaries in the United States, United Kingdom, Germany, France, Hong Kong, Taiwan and Singapore.
https://www.capcom.co.jp/