[Special feature]Soaring popularity among Japanese people! What is the secret of “Indian education”?[N-STA](TBS NEWS DIG Powered by JNN) 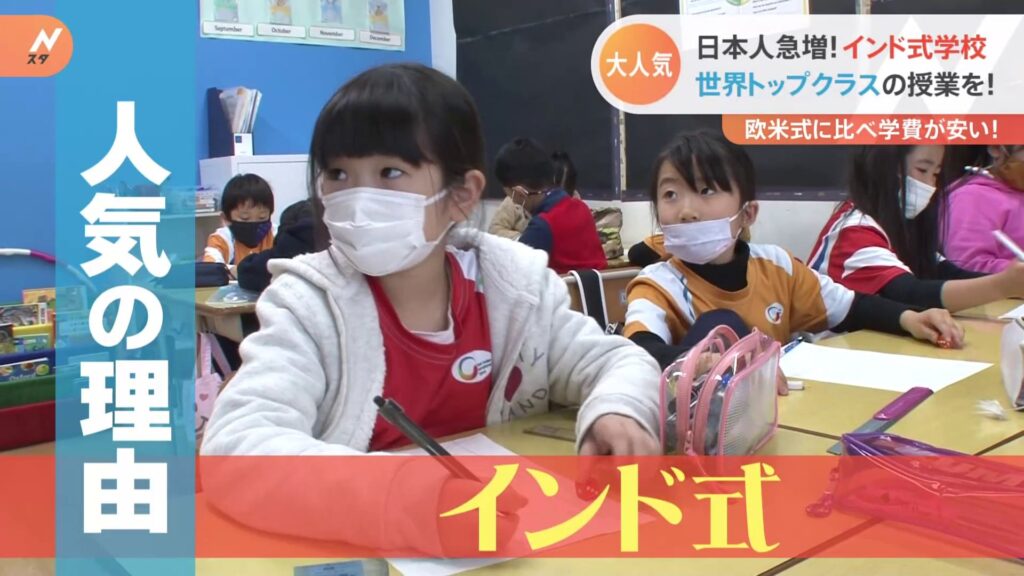 Global Indian International School (Edogawa-ku, Tokyo), which is attended by about 1050 students from the age of two and a half to the third year of high school. The number of Japanese students has increased about 14 times in the last 12 years. Now half are Japanese. Mothers passing 8 year olds: Less than half the price of Western international schools. The Western style costs 1.5 million to 3 million yen a year, but the Indian style costs 1.05 million to 1.37 million yen a year. Get the world’s top level education at a great price. Principal Madu Kana: We are a school that teaches children the “21st century technology” that can be the world’s top. School graduates go on to world-famous universities such as “The University of Tokyo”, “Johns Hopkins University” in the United States, and “University of Toronto” in Canada. We explored the “three secrets” of an Indian school that raises world-class children.

Indian style education that raises the top of the world. The first point is “super-preemptive arithmetic”. The day begins with “Japanese national anthem” and “Indian national anthem”. All classes are in “English” and you can choose French, Hindi or Japanese as the second foreign language. Immediately, when I looked into the first grade classroom, there were students singing in English. Actually, this is not a music class but a “math” class. Student “1,3,5,7,9 Odd numbers are” 1’s place “is this number ~” This lyrics is for remembering odd numbers. Teacher “21?” Student “odd number!” Teacher “The last number is …” Student “Because it is 1” In Japan, the “odd and even numbers” learned in the fifth grade of elementary school have already been mastered in the first grade. Not only do we understand textbooks “by eye”, but we also let them touch them in various ways from an early age, such as “learn by ear and body”, making “advanced arithmetic” familiar. This math class started before entering elementary school (4 to 6 years old class). Sensei “What is this shape?” Students in the 4-6 year old class “Triangle” While the little ones learn while playing with figures, the sixth graders take the “root” that Japanese junior high school third graders learn in advance. Sensei “What about Route 36?” Student “6” We will solve difficult “third-third formulas” fluently.