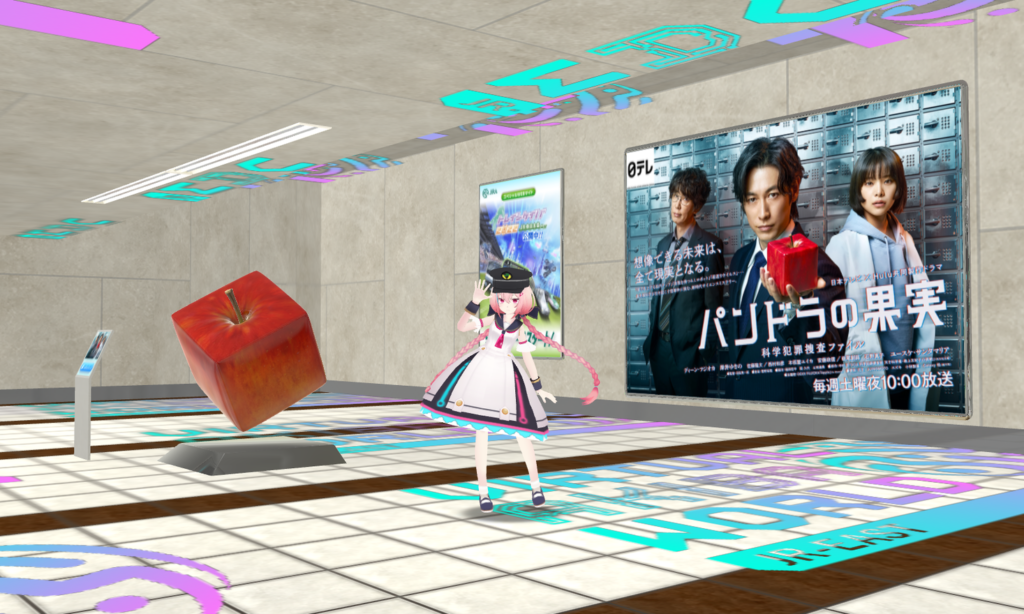 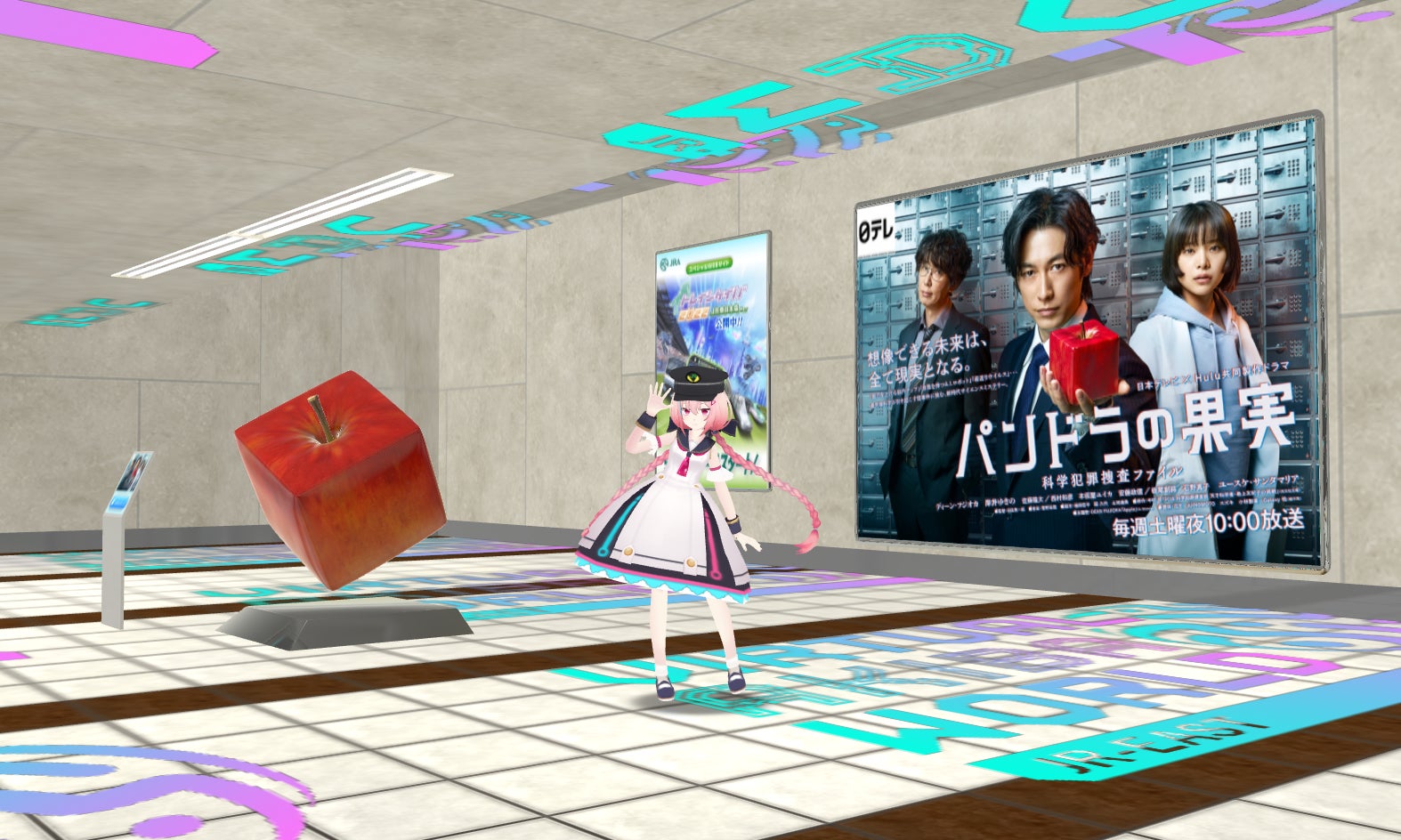 A “square apple” appears in VAW!

The “square apple” held by Dean Fujioka, who starred in the main visual of the poster of this drama, appears in VAW!
Experience the VR space that can be easily accessed from your smartphone, and take a walk through the city jacked by the fruits of Pandora! In the future, we plan to hold an event where you can watch videos that can only be seen here! Stay tuned for more news! 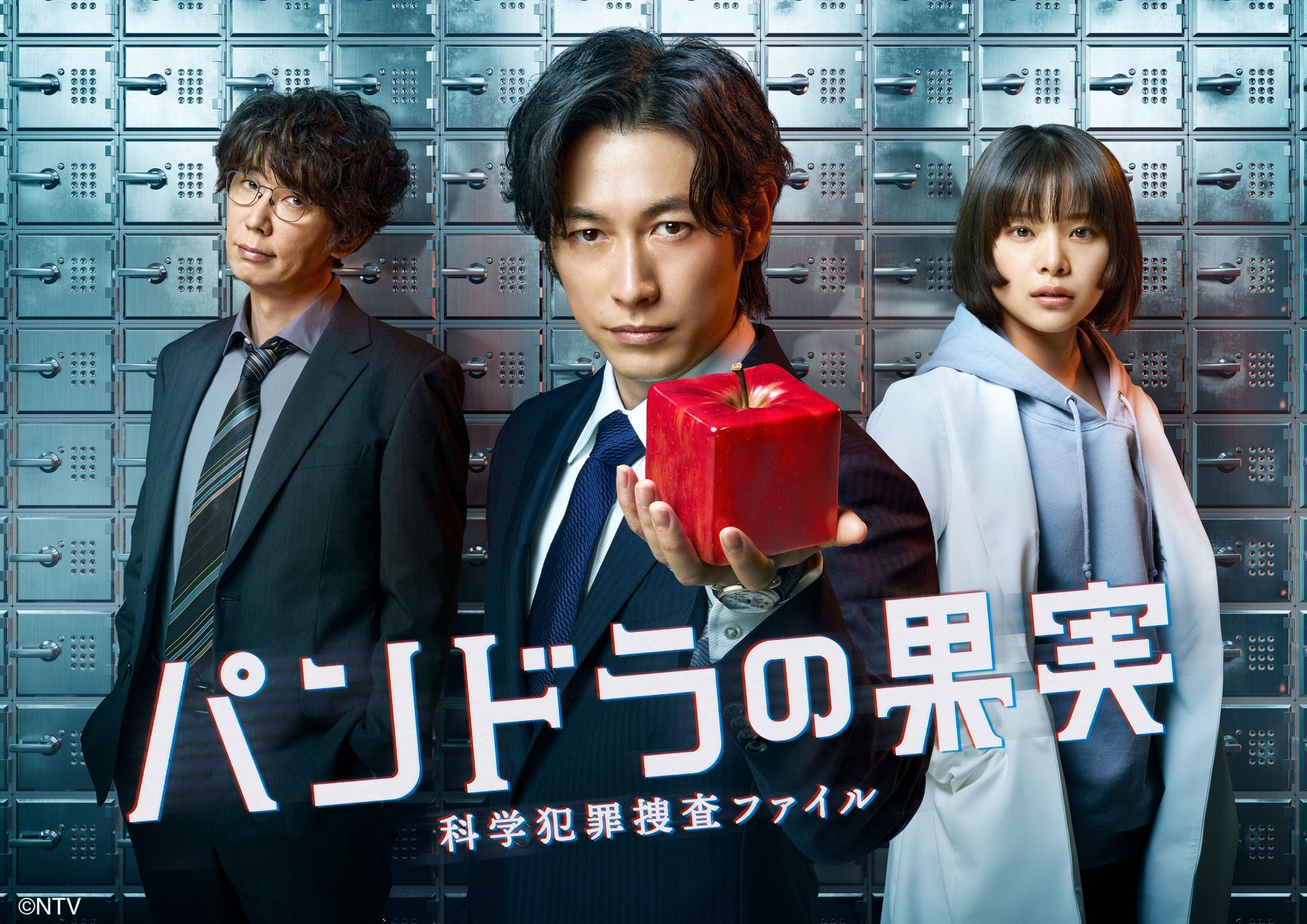 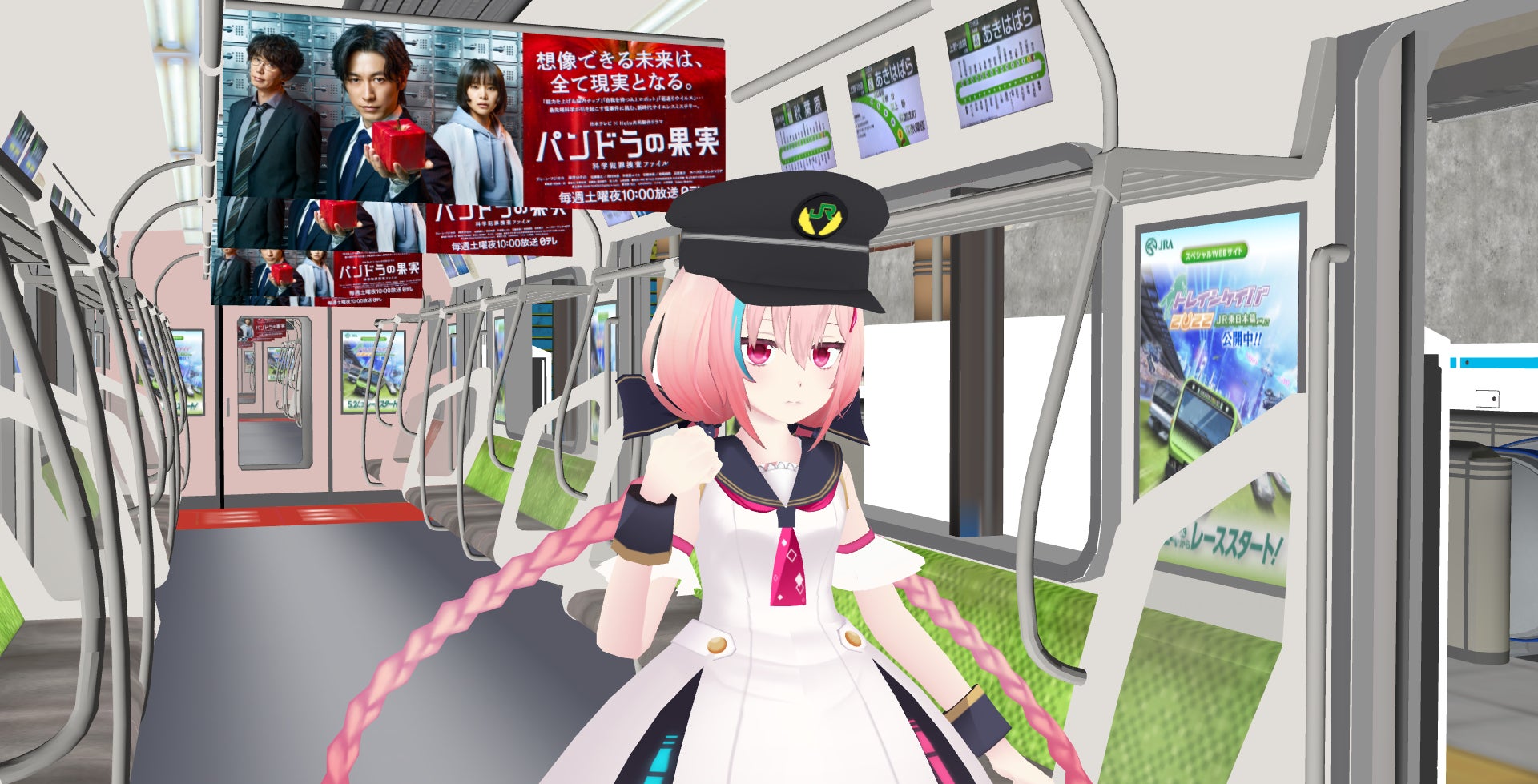 ■ What is Hulu?
https://www.hulu.jp/
Hulu is an online video distribution service that allows you to enjoy movies, dramas, anime, variety shows, etc. Unlimited viewing of over 100,000 works anytime, anywhere for a fixed monthly fee. Hulu has a wide lineup of popular programs being broadcast on TV, including “Hulu Premier,” which distributes overseas dramas that landed for the first time in Japan, and “Hulu Original,” which is produced independently. We also have a wide variety of content that you cannot watch. In addition, live distribution is also substantial. Enjoy news, documentaries, sports, etc. in Japan, the United States, and the United Kingdom. In addition to the latest seasons of the latest movies and overseas dramas that have just been released in theaters, the Hulu store, which is charged on a case-by-case basis, also offers live distribution of popular stages and music events. Anyone can rent / purchase without paying a monthly fee. Both Hulu and the Hulu store can be viewed on TVs, PCs, smartphones, tablets, etc. connected to the Internet.
Hulu costs 1,026 yen (tax included) per month.However, it will be 1,050 yen (tax included) for iTunes Store payments.

■ Overview of “Virtual AKIBA World”
[Name]Virtual AKIBA World
[Abbreviation]VAW
[URL]https://jrakiba.vketcloud.com/VAW/
[Usage fee]Free * Communication fee is paid by yourself
* The above contents are subject to change without notice. Details will be announced on the official website and official SNS.
[Overview]The following content will be provided in the original virtual space that reproduces Akihabara Station and the area around the station.
● Planning and management of the world in virtual space
● Planning and provision of original content in collaboration with partner companies and IP (intellectual property)
● Operation of “Off-Meeting Room”, a communication space between users
● Planning and provision of original content that fuses real space and virtual space, and provision of corporate and group promotion
[Operator]East Japan Railway Company, East Japan Marketing & Communications Inc., HIKKY Co., Ltd.

[About HIKKY Co., Ltd. (commonly known as VR corporation HIKKY)]
“Providing the most fascinating virtual world and access”
HIKKY Co., Ltd. is a VR corporation whose main business is planning, production and promotion of large-scale events in the VR / AR domain, and new business development with partner companies. It was established with the goal of developing the living area, economic area, and cultural area of ​​the virtual world, and discovering and nurturing creators, with the attention-grabbing creators who lead entertainment VR as members. We provide the only VR solution in the world with the aim of “creating a world where the value of creativity that everyone has is widely recognized.” The world’s largest VR event “Virtual Market” sponsored by HIKKY won the highest award in the marketing category of the international VR award ceremony “VR AWARDS” in 2020, and the highest award in Japan’s “XR CREATIVE AWARD 2020”. Awarded. In 2021, we obtained two Guinness World Records ™.
CEO: Yasushi Funakoshi
Headquarters: Ebisu ST Building 2F, 3-24-2 Higashi, Shibuya-ku, 150-0011
Established: May 1, 2018
URL: URL:https://www.hikky.co.jp/