Demand for Sperm Donation Increases in Japan, Most Popular are East Asian Donors such as Chinese and Koreans-Hong Kong Media 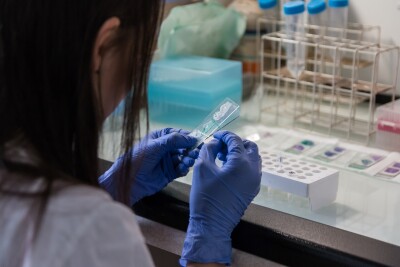 On the 4th, Hong Kong 01, a Hong Kong media, published an article titled “Online purchase of semen is increasing in Japan! Chinese sperm is the most popular”.

On the 4th, Hong Kong 01, a Hong Kong media, published an article titled “Online purchase of semen is increasing in Japan! Chinese sperm is the most popular”.

An article in Hong Kong 01 states, “In recent years, Japan has become more and more serious about its aging population and declining birthrate. “When a Japanese media interviewed a sperm bank, Chinese sperm was very popular with Japanese women!”

Hong Kong 01 introduced an article published by Shueisha Online on July 28th. It introduces the actual situation of non-spousal artificial insemination (AID), which attempts to conceive using the sperm of someone other than the husband. It is said to be a target.

In Japan, Keio University Hospital, which had been providing AIDS treatment, stopped accepting patients in August 2018. Under such circumstances, Cryos International, the world’s largest sperm bank headquartered in Denmark, established a window in Japan in 2019. However, it is said that there is not a single Japanese donor, and the article points out that the reason for this is “Japan’s lack of legislation,” which prohibits mediation of sperm donation for profit.

While there is no choice but to choose sperm from foreigners, according to the article, considering the child’s appearance, “Korea, Taiwan, China, and other East Asian donors are the most desired.” It doesn’t say “Chinese are the most popular,” but the Hong Kong 01 article says, “Chinese sperm is the most popular.”

Hong Kong 01 also said, “On Cryos’ official website, each donor has a detailed profile page, including race, height, weight, skin color, blood type, occupation, etc., and Q&A is also posted. There are even photos of the donors when they were children, but you have to pay a separate fee to see the adult photos.” “Purchase prices range from €72 to €1,212 per 0.5ml (approximately 1.36 yen), depending on the pregnancy rate depending on the degree of sperm activity,” it said. (translation/editing/Kitada)