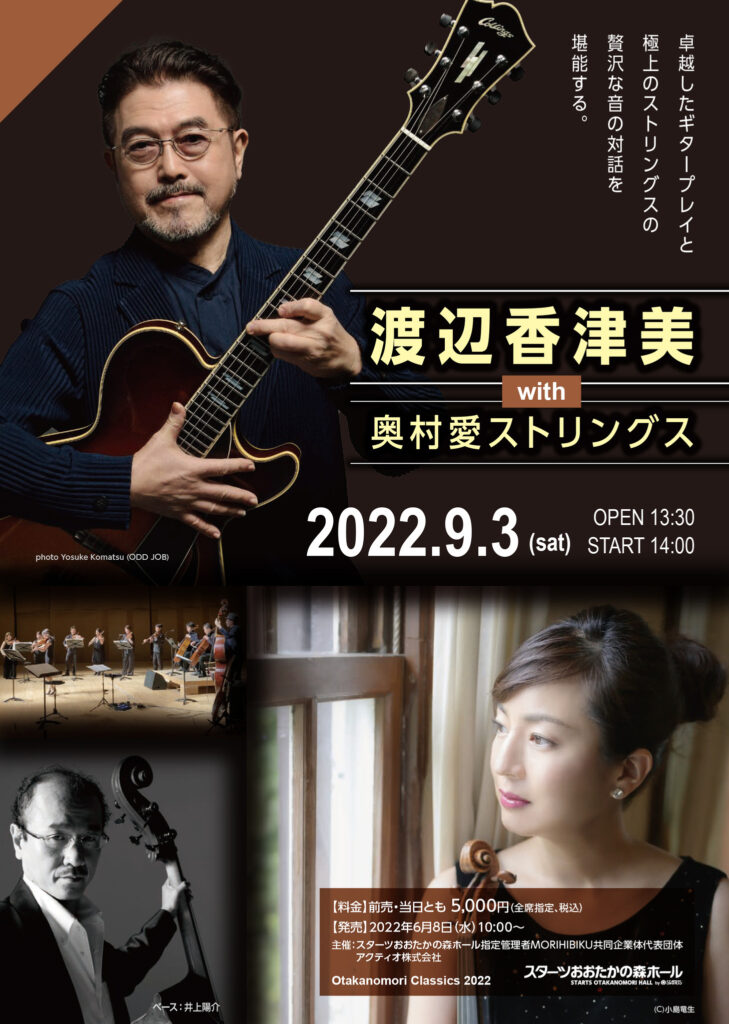 Tickets will be on sale from 10:00 on June 8th (Wednesday) at Confetti
https://www.confetti-web.com/ 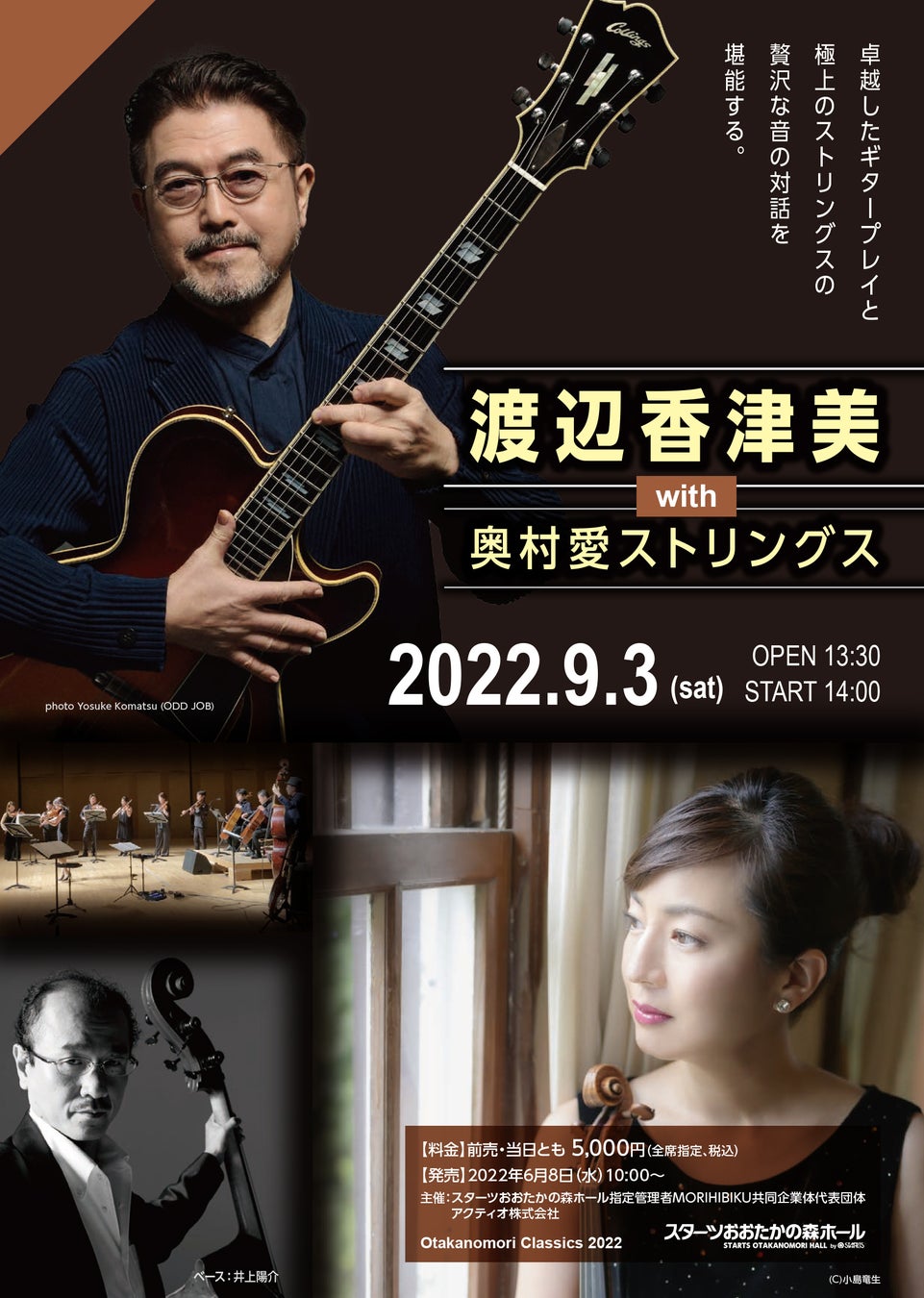 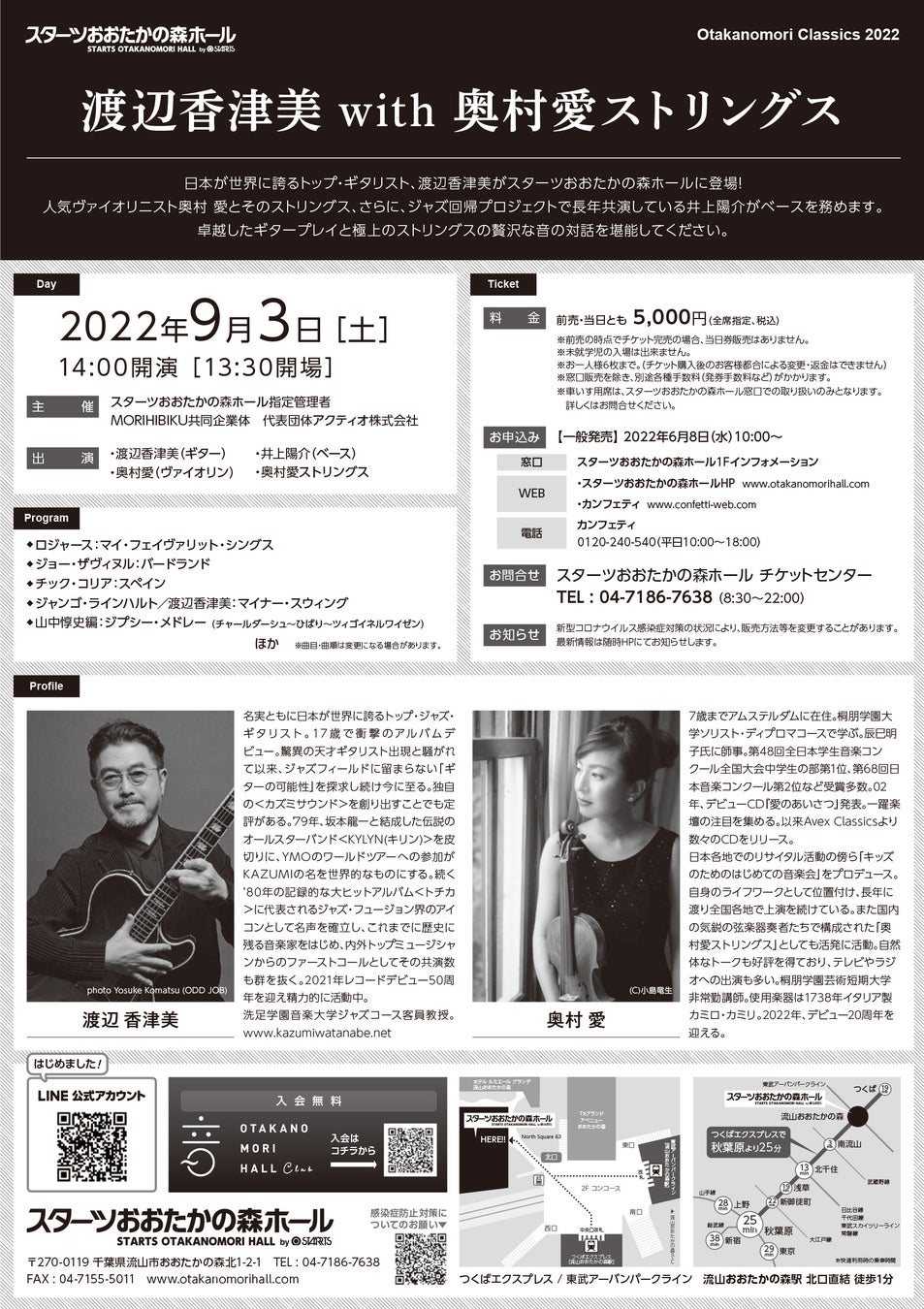 Kazumi Watanabe, Japan’s world-renowned top guitarist, is joining the Starts Otakanomori Hall!
Popular violinist Ai Okumura and his strings, as well as Yosuke Inoue, who has co-starred in the Jazz Return Project for many years, will be the bass.
Enjoy the interaction of outstanding guitar play and the extravagant sound of the finest strings.

Japan’s world-class top jazz guitarist in both name and reality. He made his shocking album debut at the age of 17. Ever since he was struck by the emergence of a marvelous genius guitarist, he continues to explore the “potential of the guitar” beyond the jazz field. He has a good reputation for creating his own

Ai Okumura
Lived in Amsterdam until the age of 7. She studies at Toho Gakuen University Soloist Diploma Course. She studied under Akiko Tatsumi. She has won many awards, including the 1st place in the junior high school students section of the 48th All Japan Student Music Competition and the 2nd place in the 68th Japan Music Competition. In 2002, her debut CD “Love Greeting” was released. She suddenly gets the attention of her stage. Since she has released numerous CDs from Avex Classics.
In addition to recital activities in various parts of Japan, he produced “the first concert for kids”. Positioned as his own life work, he has been performing all over the country for many years. He is also active as “Ai Okumura Strings” composed of up-and-coming stringed instrument players in Japan. Natural talk has also been well received, and he often appears on TV and radio. He is a part-time lecturer at Toho Gakuen College of Arts. His instrument is the 1738 Italian Camilo Camiri. 2022 marks the 20th anniversary of his debut.