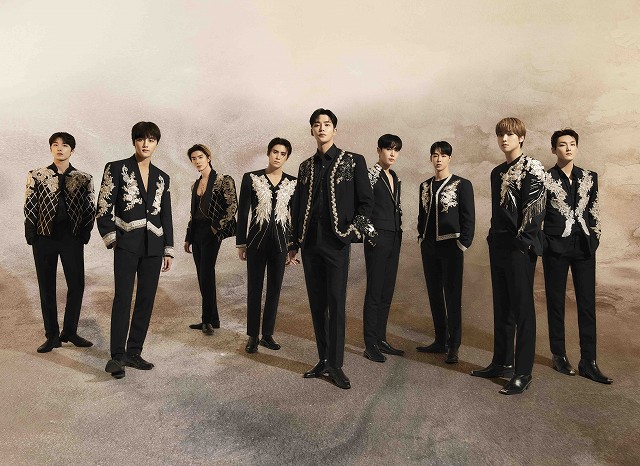 This song is a Japanese version of the song recorded in the mini album “TURN OVER” (turnover) released in South Korea, and also includes the singing voices of Yongbin and Inseong who joined in March this year. As you can see, it is a fantastic song with a minimalist arrangement and a heavy bassline.

And to commemorate the release of the distribution, the LINE MUSIC replay campaign has started today. In this campaign, after following Warner Music’s official Twitter account, listen to “Tear Drop-Japanese ver.-” on LINE MUSIC more than 300 times during the period, and a screenshot showing the number of views and the campaign hashtag “# SF9TD playback” Nine of the people who posted on Twitter with “CP” will win the original picture of the super rare caricature drawn by the person in the “Good Guy-Japanese ver.-” project.

In addition, a download campaign for those who purchased “Tear Drop-Japanese ver.-” at Dwango during the period will start from today. All download purchasers will receive a live print of the “THE BEST ~ Dear Fantasy ~” group photo.

The prestigious K-POP! Han Star! (Korean Star Press) is a Japanese-Korean entertainment news site that readers call “K-POP prestigious” and can be enjoyed like a magazine. Even Japanese artists will take up more and more if there is a K-POP atmosphere. The editor-in-chief is Kimoto Nakamura, a scriptwriter for “Tales of the Unusual Story”. Han Star! Unauthorized copying and distribution of published articles, photographs, and other copyrighted works is prohibited.